“I believe, along with many others, that you must first ask for what you want before you can have it.”

He later said of the experience, “We certainly had no monetary wealth, but Aunt Della's home was always rich in the principles and qualities vital to a child’s upbringing. And it was filled with the aroma of her delicious chocolate chip cookies.” Amos's penchant for cooking led him to enroll at the Food Trades Vocational High School, where he studied culinary arts for two years. 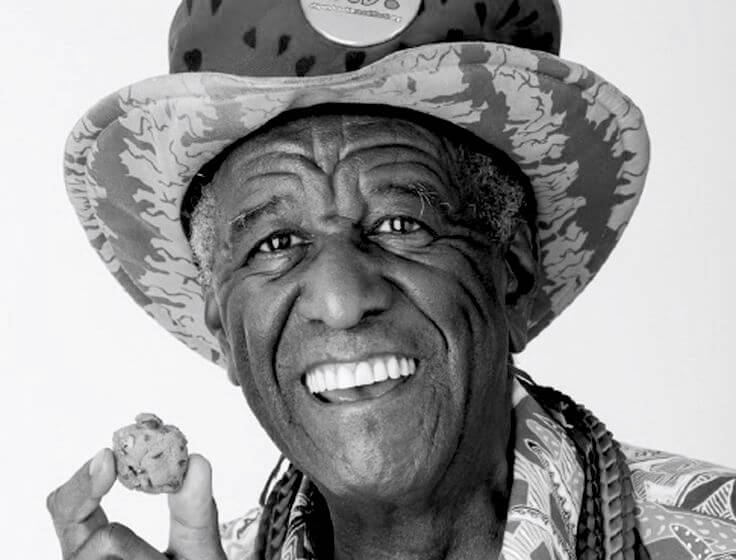 After a four-year stint in the U.S. Air Force, Amos returned to New York in 1957. He spent the ensuing years working in the stock room at Saks Fifth Avenue, and in the mailroom at the prestigious William Morris Agency. In 1962, following a number of promotions, Amos became the first black talent agent in the history of the William Morris Agency.

Determined to make his mark by signing a blockbuster act, his tenacity was rewarded when he discovered the singing duo Simon & Garfunkel. Over the next few years, Amos headed the agency's newly formed rock ‘n’ roll department, where he worked with Diana Ross, Marvin Gaye and Sam Cooke.

In 1967, Amos left William Morris and moved to Los Angeles, where he struggled to set up his own personal management company. Burdened with the debt of his failing business, Amos began to take comfort in baking chocolate chip cookies. Using a modified version of his Aunt Della's recipe, he planned to open the first freestanding cookie store.

With financial backing from singers like Gaye and an innovative marketing initiative, which included an extensive advertising campaign and a gala grand opening, the first Famous Amos cookie store opened on Sunset Boulevard in Los Angeles in 1975. Within months, Amos had opened two more West Coast franchises, and the New York-based Bloomingdale's department store had begun selling the gourmet cookies.

Amos and his cookie empire enjoyed a decade of success. However, in 1985, mismanagement forced Amos to gradually sell off parts of his company. In 1988, a corporation called the Shansby Group purchased Famous Amos Cookies and successfully repositioned the brand image, changing it from a specialty item to a lower-priced product. 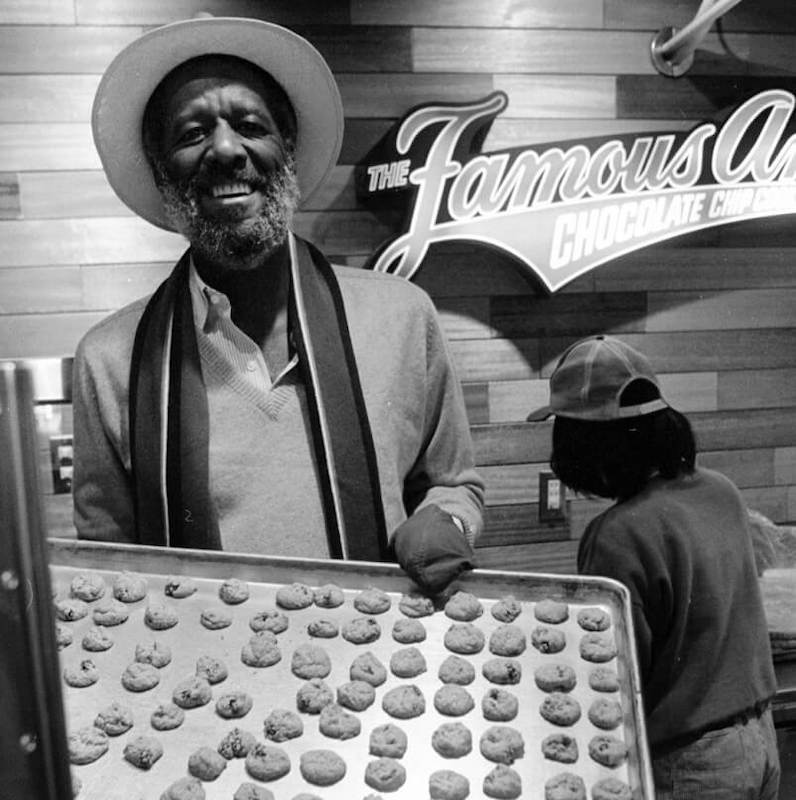 In 1991, Amos attempted to launch another cookie company, which he called Wally Amos Presents Chip & Cookie. The Shansby Group sued Amos for violating an agreement that forbade him to use his name and likeness on the packaging of any food products. In 1998, the Keebler Company purchased the Famous Amos brand, and Amos resumed his role as the brand's spokesperson.

In the mid-1990s, Amos worked with partners, including Famous Amos distributor Lou Avignone, to launch a muffin company now known as Uncle Wally's Family of Muffins.

Out side of his entrepreneurial work, Amos travels as a motivational speaker, advocating for ending illiteracy in the United States and working with organizations like Read to Me International and the YMCA.

“I encourage parents to read aloud to children at least from birth to 6 years old. I’d really like them to do it beforehand while they’re in the womb,” Amos said in a MidWeek interview.

Additionally, he has written 10 books, including an inspirational work entitled Watermelon Credo: The Book. According to Amos, his success as an author and a motivational speaker is due in no small part to his Aunt Della: “[Aunt Della's] basic recipe for cookies became the foundation for much of my success. But it was her recipes for life that sustain me to this day,” he states on his website.

Amos has three sons from his first two marriages, Shawn, Michael and Gregory. He also has a daughter named Sarah with his third wife, Christine Harris. The family currently resides in Hawaii. 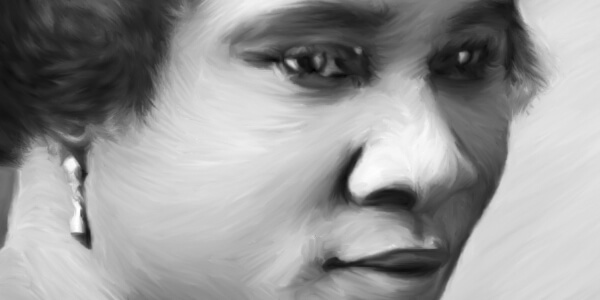 Sarah Breedlove, known as Madam C. J. Walker, was an African-American entrepreneur, philanthropist, and a political and social activist. Walker was considered the wealthiest African-American businesseswoman and wealthiest self-made woman in America at the time of her death in 1919.