“Certain things should be yours to have when you work your way to the top.”

Redd Foxx was the stage name of John Elroy Sanford, an American comedian and actor best known for his role on the 1970s sitcom Sanford and Son.

Born John Elroy Sanford on December 9, 1922, in St. Louis, Missouri, African American comedian Redd Foxx achieved stardom with the hit 1970s sitcom Sanford and Son. He grew up in poverty. His father abandoned the family when Foxx was a young child. His mother was left to raise him and his older brother Fred on her own. Around the age of seven, Foxx discovered his knack for telling jokes. 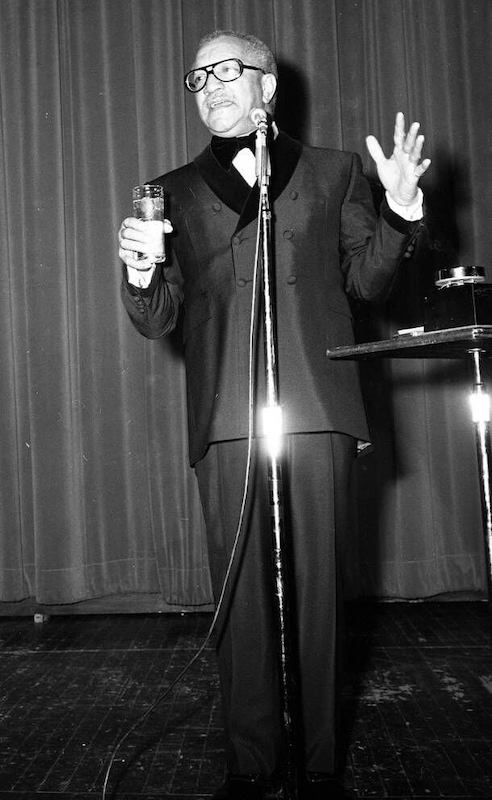 Foxx never had much interest in school. According to the Los Angeles Times, he once said that “School meant nothing to me. Knowing that George Washington crossed the Delaware – how was that going to help me in a brick fight in St. Louis?” Foxx left home at the age of 13 to perform with a band. About four years later, he played with a group called the Bon Bons in Chicago.

Struggling to get by, Foxx worked a number of jobs. He spent some time in New York City's Harlem neighborhood. During this time, he met Malcolm X (then known as Malcolm Little). Malcolm called Foxx “the funniest dishwasher on this earth,” according to Foxx's official website. The pair became friends and shared a similar ruddy complex. Malcolm was called as “Detroit Red” and Foxx was “Chicago Red” by their coworkers in the restaurant where they worked.

He became a successful stand-up comedian known for his willingness to tackle controversial topics such as race and sex. Adding an extra “d” to his nickname and borrowing the last name of professional baseball player Jimmie Foxx, he started working as Redd Foxx.

Foxx did well performing at African American clubs for years. In the mid-1950s, he began recording his routines on what were sold as “party records.” Foxx ended up selling more than 20 million copies of these albums over the years.

In the 1960s, he enjoyed great popularity in Las Vegas as a nightclub act. Foxx made his first television appearance in 1964 on the Today show.

In 1972, Foxx made his debut as a series regular on the NBC sitcom Sanford and Son. He starred as Fred Sanford (named after his real-life brother), a grumpy junk dealer in Watts, California. Demond Wilson played Sanford's son Lamont. The show soon became a hit with television audiences. 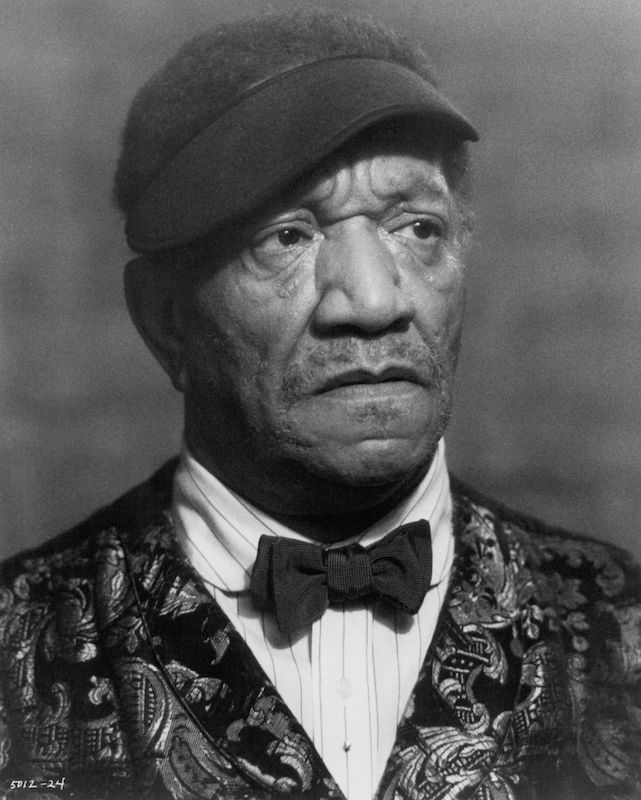 Sanford and Son was also one of the few programs to feature an African American family, making it groundbreaking for its time. According to the Los Angeles Times, Foxx said “The show is lighthearted, doesn't drive home a lesson, but it can open up peoples’ minds enough for them to see how stupid every kind of prejudice can be.”

After five years, Foxx left NBC for ABC. He starred in The Redd Foxx Comedy Hour, which didn't last for long. Foxx tried to capitalize on his earlier success, reprising the role of Fred Sanford in Sanford in 1980. But the sitcom failed to catch on with audiences. Despite the decline of his television career, Foxx remained a popular live act, especially in Las Vegas.

Foxx spent his later years trying to cope with financial problems. In 1983, he filed for bankruptcy. Foxx's career got a boost from his appearance in the 1989 film Harlem Nights with Richard Pryor Eddie Murphy. Unfortunately, the Internal Revenue Service seized some of his personal property that same year to recoup money owed by Foxx for taxes.

Still Foxx seemed to be on an upswing by the early 1990s. He landed a new sitcom called The Royal Family with Della Reese, which debuted in the fall of 1991. Foxx was working an episode of his series when he collapsed during a rehearsal on October 11, 1991. He was taken to a Los Angeles hospital where he later died. A heart attack was his cause of death. Foxx was 68 years old.

While best remembered for Sanford and Son, Foxx also helped pave the way for such risqué comedians as George Carlin and Lenny Bruce with his boundary-pushing stand-up comedy.