“Pimpin’ been around since the world started turning. And it's gonna keep right on turning right along with it. Until this little planet rotates off its axis as a result of it's core overheating and explodes into cosmic dust! Can you dig it?”

Obba Babatundé's performing ethics reach back into the storied days of entertainment when performers’ careers were dependent on their ability to deliver anything the audience wanted to see and hear! Obba has appeared in more than seventeen stage productions; thirty theatrical films; sixty made-for-television movies; starred in many specials and two primetime series plus dozens of other singing and dancing appearances. It is easy to understand why Obba is often referred to as one of the busiest actors in Hollywood.

True to form, 2016 was an exceptionally busy year for Obba. He received the Daytime Emmy Award for “Outstanding Guest Performer in a Drama Series” as well as the prestigious Lifetime Achievement Award from the PVIFF. Obba also completed filming three primetime series: CBS’ Madam Secretary, the highly-anticipated SHOWTIME series, I'm Dying Up Here, NETFLIX's acclaimed series “Dear White People and is presently in production with the feature film LAbyrinth. 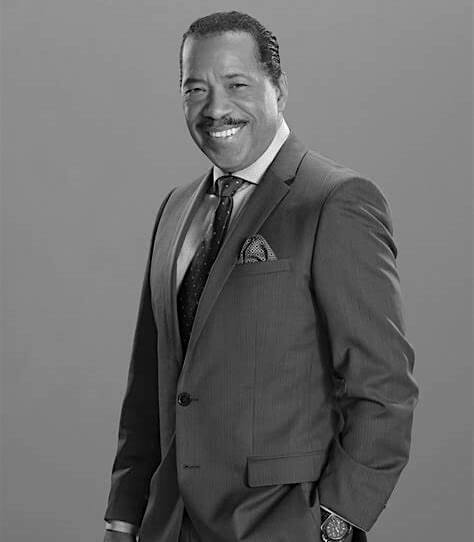 Babatundé recently appeared in a recurring role on the acclaimed drama series Kingdom, and the high-profile Amazon drama series Hand of God, as the beguiling “Bishop Bruce Congdon.” TV audiences loved Obba as the wealthy father of two half-sisters in the now syndicated television comedy series Half & Half, as well as appearances on The Young and the Restless, Boston Legal, Grey's Anatomy, NCIS, Cold Case, Strong Medicine, and even as the man who taught Joey of “Friends” to dance (“Jazz Hands”). His Emmy-nominated performance in the HBO movie Miss Evers’ Boys, his NAACP Image Award-nominated performance in the HBO movie Introducing Dorothy Dandridge, his Ovation Award nomination and NAACP Image Award win as “Best Actor” for his role as “Sarge” in A Soldiers Play, and his Tony Award nomination for his role as “C.C. White,” in the original Broadway cast of Dreamgirls are some of Obba's most cherished achievements. Some of his other noted credits include the coveted NAACP “Trailblazer Award”, Hal Prince's Grind and Timbuktu! and his critically-acclaimed performance of Billy Flynn in the Broadway musical Chicago.

Obba originated the role of “Jelly Roll Morton” in the world premiere of Jelly's Last Jam and no one can forget his stellar performance in the Broadway bound musical “Sammy,” for which he won “Best Actor” for his portrayal of his entertainment mentor Sammy Davis, Jr. Some of his feature film appearances include: The Celestine Prophecy, Material Girls, After the Sunset, The Manchurian Candidate, The Notebook, John Q, How High, That Thing You Do!, Philadelphia, The Last Fall, If I Tell You I Have To Kill You, The Fallen Faithful, Trapped, Tension, and Kinky.

He has often portrayed authority figures, such as a recurring guest-starring role as a high school principal on Dawson's Creek, an appearance as a judge in a two-part episode of Any Day Now, and as the father of the main characters on Half & Half. He also played Harvard College Dean Cain in the movie How High, as well as the role of Willie Long in the movie Life, the pivotal role of Lamar, the hotel concierge in the film That Thing You Do!, co-starred as an attorney in Philadelphia, as a SWAT captain in John Q, as a senator in the 2004 reprise of The Manchurian Candidate, and in Walt Disney Studios Home Entertainment Santa Paws 2: The Santa Pups he played Mayor Denny.

He also played the director in season 3 of Friends in an episode titled “The One with All the Jealousy”. Other TV shows he has had recurring roles on include The Fresh Prince of Bel-Air, Chicago Hope, and Karen Sisco. He played a famous producer known as Gordy Berry on two episodes of The Fresh Prince of Bel-Air. In the 1998 miniseries, The Temptations, he played the founder of Motown Records Berry Gordy. 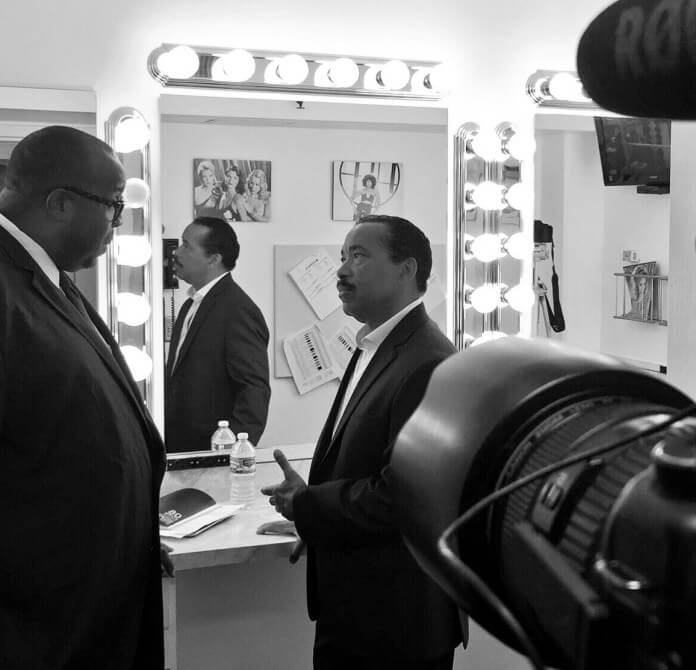 Babatundé's acting talents are always coupled with his behind-the-scenes skills. He was co-producer and director of Oscar's Black Odyssey, co-producer of Dorothy Dandridge: An American Beauty, and co-producer of TV in Black: The First 50 Years. He is associate producer of the horror classic film Voodoo Dolls and executive producer of Journey.

Most recently, Obba directed and co-stars with Katt Williams in the Lionsgate Home Entertainment feature film American Bad Boy and produced and directed the multi-award-winning short film Clarissa's Gift. Babatundé also directed a highly-acclaimed version of the Broadway musical Dreamgirls and co-authored, directed and produced the critically-acclaimed In The Blink of An Eye.

Babatundé is adept at American sign language and has used this talent in many roles including the feature film “Mather” and Lifetime's Strong Medicine.

Some of his recorded works include the singing of the title track on the Onaje Allan Gumbs album Sack Full of Dreams and “The Gal That Got Away” on Over The Rainbow the Harold Arlen soundtrack. The actor/producer is also an avid horseman and is a highly regarded rider and trainer in the Rodeo Circuit, including the annual Bill Pickett Rodeo.

Obba is excited about his new talk show “Go Beyond The Lens With Obba Babatundé,” his radio show “Master Peace Theatre” and his made-for-tv series “Horse Talk” in which he demonstrates his rare talents as a horse whisperer. Truly a renaissance man, Obba's star continues to rise.

His brother Akin (pronounced “ah-keen”) is also an actor and director and resides in Dallas, TX.