“Black women, white women ‐ all of them. I'm colorblind. I don't know the difference. I only know you're a human being and you're my children.”

The woman who would become known as famed comedian Moms Mabley was born Loretta Mary Aiken in Brevard, North Carolina, on March 19, 1894 (some sources say 1897), to a large family. She experienced a horrifying, traumatic childhood.

Her firefighter father was killed in an explosion when she was 11 and her mother was later hit and killed by a truck on Christmas Day. And by the beginning of her teens, Aiken had been raped twice and become pregnant from both encounters, with both children being given away. 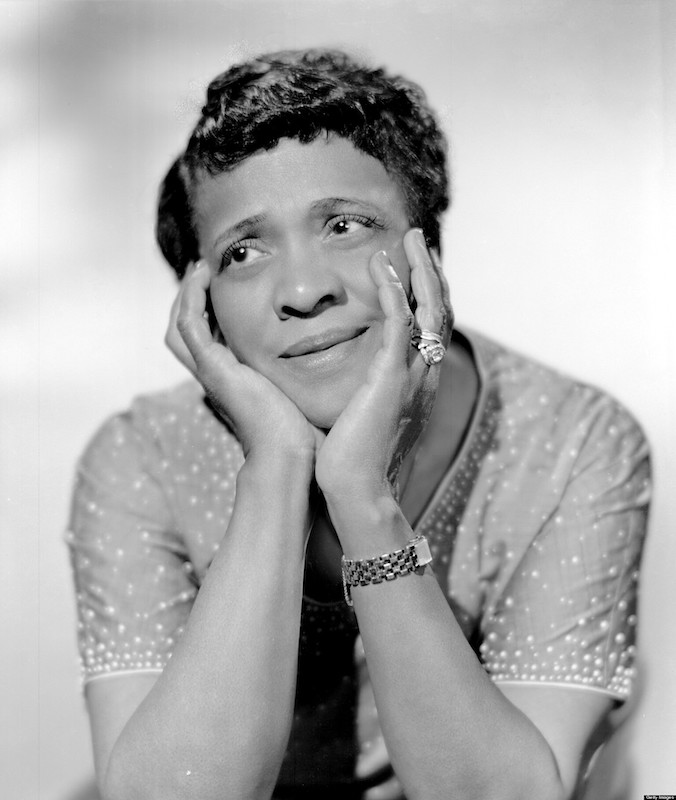 Aiken left home at the age of 14 and pursued a show business career, joining the African-American vaudeville circuit as a comedian under the Theatre Owners Booking Association. Fellow performer Jack Mabley became her boyfriend for a short time, and she took on his name, becoming Jackie Mabley, with “Moms” coming from her eventual reputation as a mentoring, mothering spirit.

By the early 1920s she had begun to work with the duo Butterbeans & Susie, and eventually became an attraction at the Cotton Club. Mabley entered the world of film and stage as well, working with writer Zora Neale Hurston on the 1931 Broadway show Fast and Furious: A Colored Revue in 37 Scenes and taking on a featured role in Paul Robeson's Emperor Jones (1933).

Starting in the late 1930s, Mabley became the first woman comedian to be featured at the Apollo, going on to appear on the theater's stage more times than any other performer. She returned to the big screen as well with The Big Timers (1945), Boarding House Blues (1948), and the musical revue Killer Diller (1948), which featured Nat King Cole and Butterfly McQueen.

Mabley's standup routines were riotous affairs augmented by the aesthetic she presented as being an older, housedress-clad figure who provided sly commentary on racial bigotry to African-American audiences. Her jokes also pointed towards a lusty zest for younger men. Yet, belying that persona, offstage she had a glamorous, chic look and was known to be a lesbian. 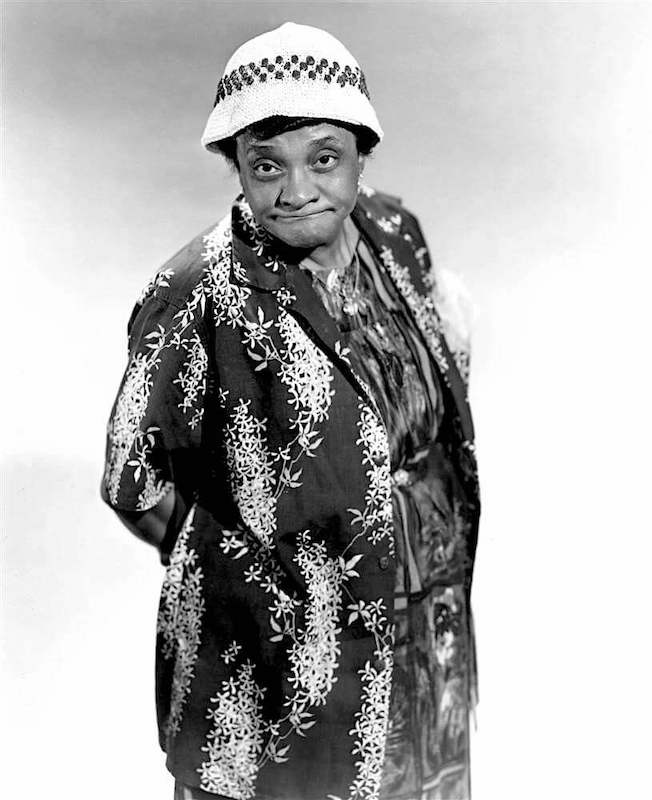 Mabley began a recording career with her Chess Records debut album The Funniest Woman Alive, which became gold-certified. Subsequent albums like Moms Mabley at the Playboy Club, Moms Mabley at the “UN” and Young Men, Si - Old Men, No continued to broaden Mabley's reach (she ultimately recorded many albums). She landed spots on some of the top variety shows of the day, including The Ed Sullivan Show, and graced the stage of Carnegie Hall.

Mobley had a starring role in the 1974 picture Amazing Grace, which she was able to complete despite having a heart attack during filming. She died on May 23, 1975, in White Plains, New York.

Actress Clarice Taylor, who portrayed Bill Cosby's mother on The Cosby Show and was a major fan of Mabley's work, staged the 1987 play Moms at the Astor Place Theater, in which she portrayed the trailblazing icon.

More than 20 years later, fellow comedian Whoopi Goldberg made her directorial debut with the documentary Moms Mabley: I Got Somethin’ to Tell You, which was presented at the Tribeca Film Festival and is slated to air on HBO in 2013.