“The battles that count aren't the ones for gold medals. The struggles within yourself – the invisible, inevitable battles inside all of us – that's where it's at.”

Jesse Owens, the son of a sharecropper and grandson of a slave, achieved what no Olympian before him had accomplished. His stunning achievement of four gold medals at the 1936 Olympic games in Berlin has made him the best remembered athlete in Olympic history. 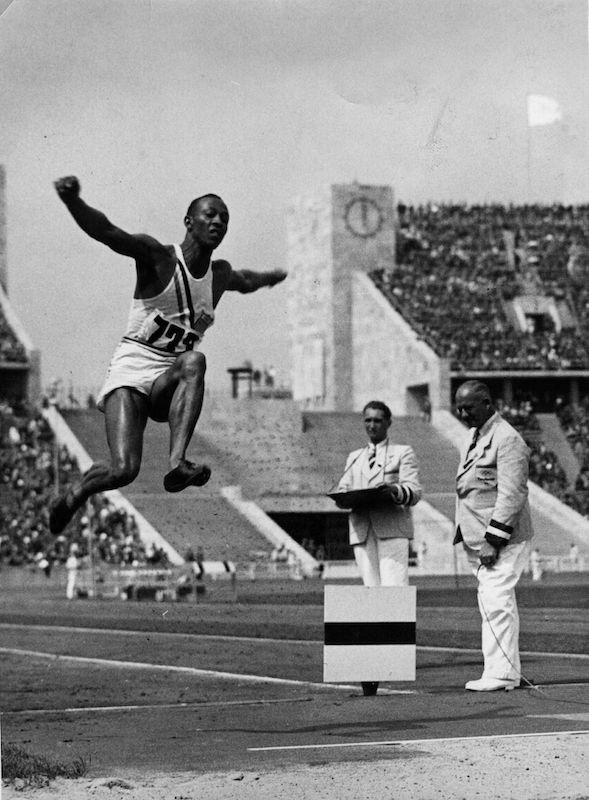 The seventh child of Henry and Emma Alexander Owens was named James Cleveland when he was born in Alabama on September 12, 1913. “J.C.”, as he was called, was nine when the family moved to Cleveland, Ohio, where his new schoolteacher gave him the name that was to become known around the world. The teacher was told “J.C.” when she asked his name to enter in her roll book, but she thought he said “Jesse”. The name stuck and he would be known as Jesse Owens for the rest of his life.

His promising athletic career began in 1928 in Cleveland, Ohio where he set Junior High School records by clearing 6 feet in the high jump, and leaping 22 feet 11 3/4 inches in the broad jump. During his high school days, he won all of the major track events, including the Ohio state championship three consecutive years. At the National Interscholastic meet in Chicago, during his senior year, he set a new high school world record by running the 100 yard dash in 9.4 seconds to tie the accepted world record, and he created a new high school world record in the 220 yard dash by running the distance in 20.7 seconds.

A week earlier he had set a new world record in the broad jump by jumping 24 feet 11 3/4 inches. Owens' sensational high school track career resulted in him being recruited by dozens of colleges. Owens chose the Ohio State University, even though OSU could not offer a track scholarship at the time.

He worked a number of jobs to support himself and his young wife, Ruth. He worked as a night elevator operator, a waiter, he pumped gas, worked in the library stacks, and served a stint as a page in the Ohio Statehouse, all of this in between practice and record setting on the field in intercollegiate competition.

Jesse gave the world a preview of things to come in Berlin, while at the Big Ten Championships in Ann Arbor on May 25, 1935, he set three world records and tied a fourth, all in a span of about 45 minutes.

Jesse was uncertain as to whether he would be able to participate at all, as he was suffering from a sore back as a result from a fall down a flight of stairs. He convinced his coach to allow him to run the 100–yard dash as a test for his back, and amazingly Jesse recorded an official time of 9.4 seconds, once again tying the world record. Despite the pain, he then went on to participate in three other events, setting a world record in each event. In a span of 45 minutes, Jesse accomplished what many experts still feel is the greatest athletic feat in history… setting 3 world records and tying a fourth in four grueling track and field events.

His success at the 1935 Big Ten Championships gave him the confidence that he was ready to excel at the highest level. Jesse entered the 1936 Olympics, which were held in Nazi Germany amidst the belief by Hitler that the Games would support his belief that the German "Aryan" people were the dominant race. Jesse had different plans, as he became the first American track & field athlete to win four gold medals in a single Olympiad.

This remarkable achievement stood unequaled until the 1984 Olympic Games in Los Angeles, when American Carl Lewis matched Jesse's feat. Although others have gone on to win more gold medals than Jesse, he remains the best remembered Olympic athlete because he achieved what no Olympian before or since has accomplished.

During a time of deep-rooted segregation, he not only discredited Hitler's master race theory, but also affirmed that individual excellence, rather than race or national origin, distinguishes one man from another. 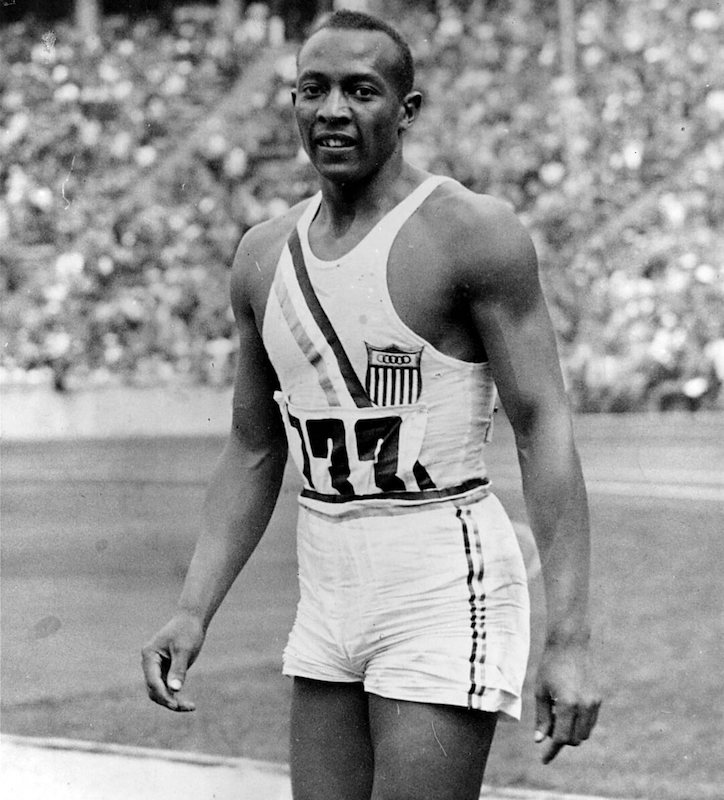 Throughout his life, he worked with youths, sharing of himself and the little material wealth that he had. In this way, Jesse Owens was equally the champion on the playground of the poorest neighborhoods as he was on the oval of the Olympic games.

Athletes didn't return from the Olympics to lucrative advertising and product endorsement campaigns in those days, and Owens supported his young family with a variety of jobs. One was of special significance – playground director in Cleveland. It was his first step into a lifetime of working with underprivileged youth, which gave him his greatest satisfaction. After relocating to Chicago, he devoted much of his time to underprivileged youth as a board member and former director of the Chicago Boys' Club.

Owens traveled widely in his post-Olympic days. He was an inspirational speaker, highly sought after to address youth groups, professional organizations, civic meetings, sports banquets, PTAs, church organizations, brotherhood and black history programs, as well as high school and college commencements and ceremonies. He was also a public relations representative and consultant to many corporations, including Atlantic Richfield, Ford and the United States Olympic Committee.

A complete list of the many awards and honors presented to Jesse Owens by groups around the world would fill dozens of pages. In 1976, Jesse was awarded the highest civilian honor in the United States when President Gerald Ford presented him with the Medal of Freedom in front of the members of the U.S. Montreal Olympic team in attendance. In February, 1979, he returned to the White House, where President Carter presented him with the Living Legend Award.

On that occasion, President Carter said this about Jesse:

Jesse Owens died from complications due to lung cancer on March 31, 1980 in Tucson, Arizona. Although words of sorrow, sympathy and admiration poured in from all over the world, perhaps President Carter said it best when he stated:

Jesse's spirit still lives in his three daughters, Gloria, Marlene, and Beverly, and their work with the Jesse Owens Foundation. The Foundation continues to carry on Jesse's legacy by providing financial assistance, support, and services to young individuals with untapped potential in order to develop their talents, broaden their horizons, and become better citizens. There is no doubt that Jesse would be proud. 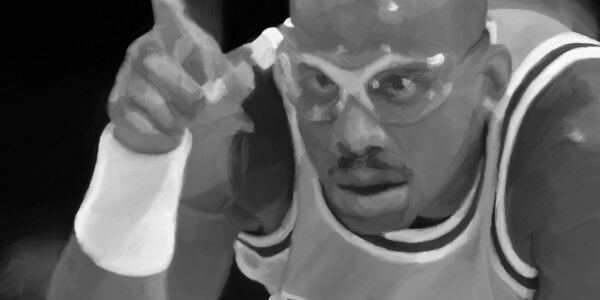 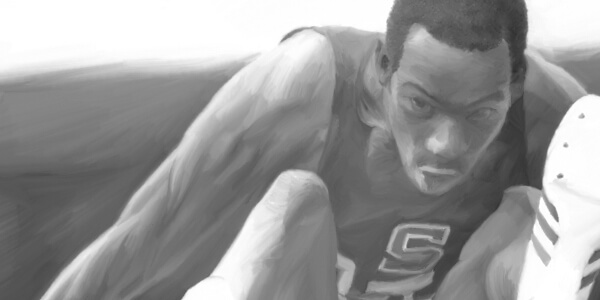 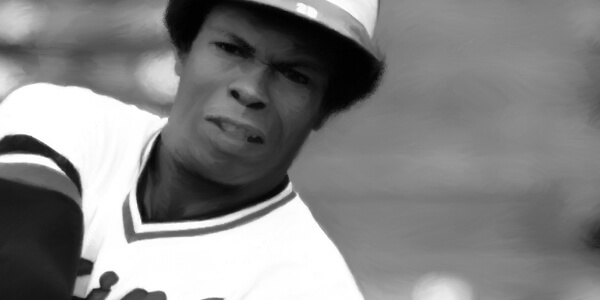 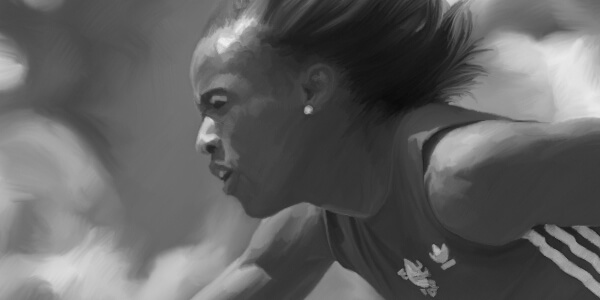