Janet Collins was a ballet dancer, choreographer, and teacher. She performed on Broadway, in films, and appeared frequently on television.

The headlines about her death called her the first African American ballerina of the Metropolitan Opera, but Janet Collins was much more than that. A new biography, Night’s Dancer: The Life of Janet Collins, highlights the career of this pioneering artist, drawing partly on materials donated by Collins and others in the Library's Jerome Robbins Dance Division.

Born in New Orleans and raised in Los Angeles, Collins nurtured her talents in both dance and art, studying ballet, modern, and ethnic dances in addition to drawing and painting.

She was accomplished enough in ballet to be offered a place in the Ballet Russe de Monte Carlo at the age of 15 – a position she refused when it came with the requirement that she paint herself white – and versatile enough to excel as a modern dancer in Katherine Dunham’s and Lester Horton’s companies.

She had a distinctive creative voice, too, choreographing, designing costumes, and commissioning music for her own concert dances. Her New York debut garnered glowing reviews from leading dance critics like John Martin and Walter Terry, as well as Dance Magazine’s “Debutante of the Year” award in 1949.

She could choreograph, design, and dance to Mozart’s Eine kleine Nachtmusik, and in the same concert enchant audiences with the folkloric Juba and fascinate them with liturgical dances set to African American spirituals.

Having established herself as a concert dancer of note, Collins was selected by Agnes de Mille for the role of Night in Cole Porter’s Broadway show, Out of This World. The show was a flop, but Collins won the Billboard Donaldson award for the best dancing on Broadway that year. 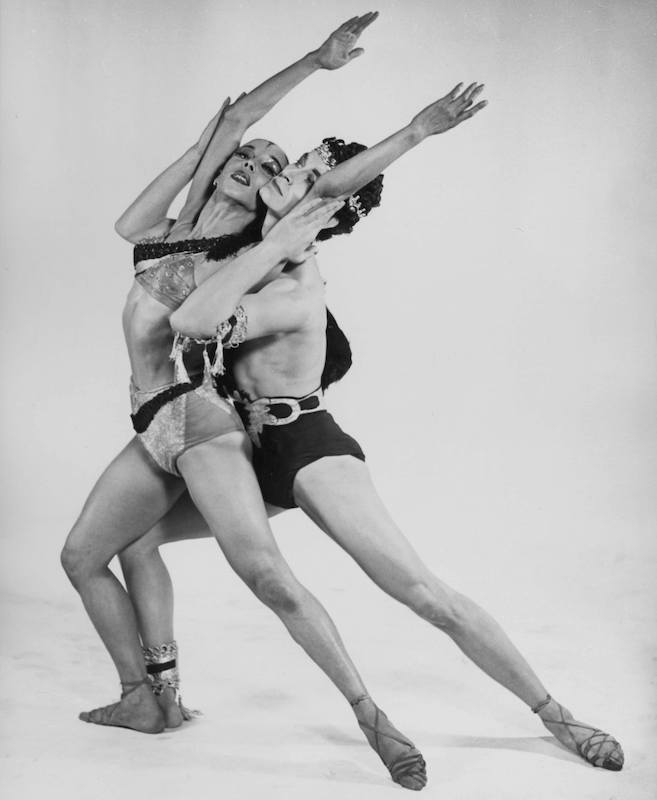 She also came to the attention of Zachary Solov, the ballet master at the Metropolitan Opera, who persuaded then director Rudolf Bing to hire her under contract as prima ballerina in a first for the company:

“I simply went to Mr. Bing and said, ‘I want Janet Collins who happens to be a very, very versatile modern and ballet dancer… But, you see, not just because she was black… [W]hat governed my choice of picking Janet Collins was simply because I knew that I was motivated by her color because the color was necessary and I thought here was a marvelous dancer.”

Still, her independence, growing spirituality, and the stresses of touring with the Met and her own company during the segregation era led her to turn more and more to teaching. She worked in academia and at a school for the deaf, using dance as a form of rehabilitation. In later years she did choreograph again, for the Alvin Ailey American Dance Theater and the San Francisco Opera, but she focused mostly on her painting.