“I have observed this in my experience of slavery, that whenever my condition was improved, instead of increasing my contentment; it only increased my desire to be free, and set me thinking of plans to gain my freedom.”

Frederick Douglass, a former slave and eminent human rights leader in the abolition movement, was the first black citizen to hold a high U.S. government rank.

Frederick Augustus Washington Bailey was born into slavery in Talbot County, Maryland, around 1818. The exact year and date of Douglass' birth are unknown, though later in life he chose to celebrate it on February 14. Douglass lived with his maternal grandmother, Betty Bailey. At a young age, Douglass was selected in live in the home of the plantation owners, one of whom may have been his father. His mother, an intermittent presence in his life, died when he was around 10.

Frederick Douglass was given to Lucretia Auld, the wife of Thomas Auld, following the death of his master. Lucretia sent Frederick to serve her brother-in-law, Hugh Auld, at his Baltimore home. It was at the Auld home that Frederick Douglass first acquired the skills that would vault him to national celebrity. Defying a ban on teaching slaves to read and write, Hugh Auld’s wife Sophia taught Douglass the alphabet when he was around 12. When Hugh Auld forbade his wife’s lessons, Douglass continued to learn from white children and others in the neighborhood. 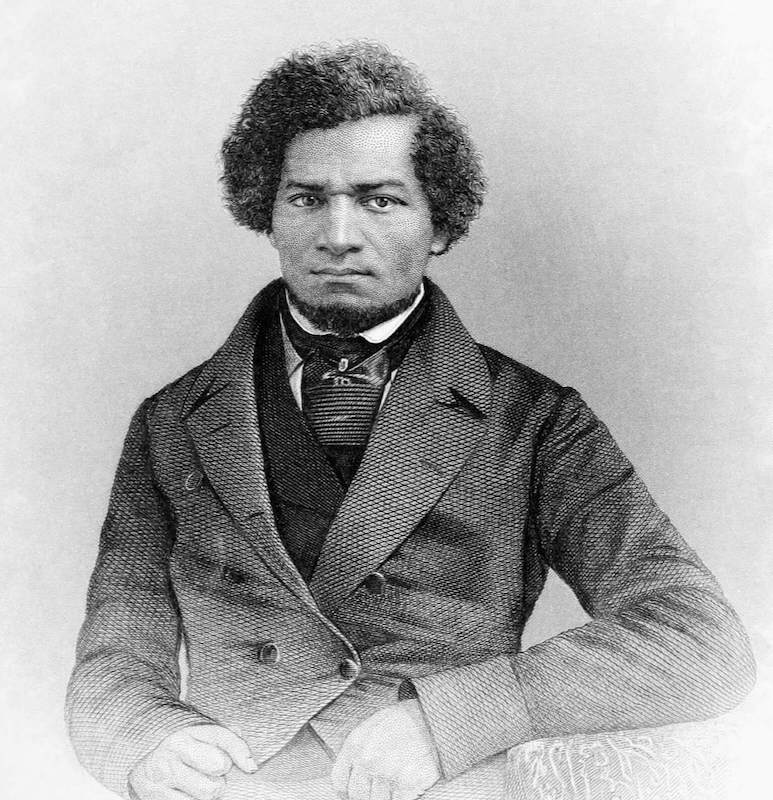 It was through reading that Douglass’ ideological opposition to slavery began to take shape. He read newspapers avidly, and sought out political writing and literature as much as possible. In later years, Douglass credited The Columbian Orator with clarifying and defining his views on human rights. Douglass shared his newfound knowledge with other enslaved people. Hired out to William Freeland, he taught other slaves on the plantation to read the New Testament at a weekly church service. Interest was so great that in any week, more than 40 slaves would attend lessons. Although Freeland did not interfere with the lessons, other local slave owners were less understanding. Armed with clubs and stones, they dispersed the congregation permanently.

In 1833, Thomas Auld took Douglass back from his son Hugh following a dispute. Thomas Auld sent Douglass to work for Edward Covey, who had a reputation as a “slave-breaker.” Covey’s constant abuse did nearly break the 16–year–old Douglass psychologically. Eventually, however, Douglass fought back, in a scene rendered powerfully in his first autobiography. After losing a physical confrontation with Douglass, Covey never beat him again.

Frederick Douglass tried to escape from slavery twice before he succeeded. He was assisted in his final attempt by Anna Murray, a free black woman in Baltimore with whom Douglass had fallen in love. On September 3, 1838, Douglass boarded a train to Havre de Grace, Maryland.

Anna Murray had provided him with some of her savings and a sailor's uniform. He carried identification papers obtained from a free black seaman. Douglass made his way to the safe house of abolitionist David Ruggles in New York in less than 24 hours.

Once he had arrived, Douglass sent for Murray to meet him in New York. They married on September 15, 1838, adopting the married name of Johnson to disguise Douglass’ identity. Anna and Frederick settled in New Bedford, Massachusetts, which had a thriving free black community. There, they adopted Douglass as their married name. Frederick Douglass joined a black church and regularly attended abolitionist meetings. He also subscribed to William Lloyd Garrison's weekly journal, The Liberator.

Eventually Douglass was asked to tell his story at abolitionist meetings, after which he became a regular anti-slavery lecturer. William Lloyd Garrison was impressed with Douglass’ strength and rhetorical skill, and wrote of him in The Liberator. Several days after the story ran, Douglass delivered his first speech at the Massachusetts Anti-Slavery Society's annual convention in Nantucket. Crowds were not always hospitable to Douglass. While participating in an 1843 lecture tour through the Midwest, Douglass was chased and beaten by an angry mob before being rescued by a local Quaker family.

At the urging of William Lloyd Garrison, Douglass wrote and published his first autobiography, Narrative of the Life of Frederick Douglass, an American Slave, in 1845. The book was a bestseller in the United States and was translated into several European languages. Although the book garnered Douglass many fans, some critics expressed doubt that a former slave with no formal education could have produced such elegant prose. Douglass published three versions of his autobiography during his lifetime, revising and expanding on his work each time. My Bondage and My Freedom appeared in 1855. In 1881, Douglass published Life and Times of Frederick Douglass, which he revised in 1892. 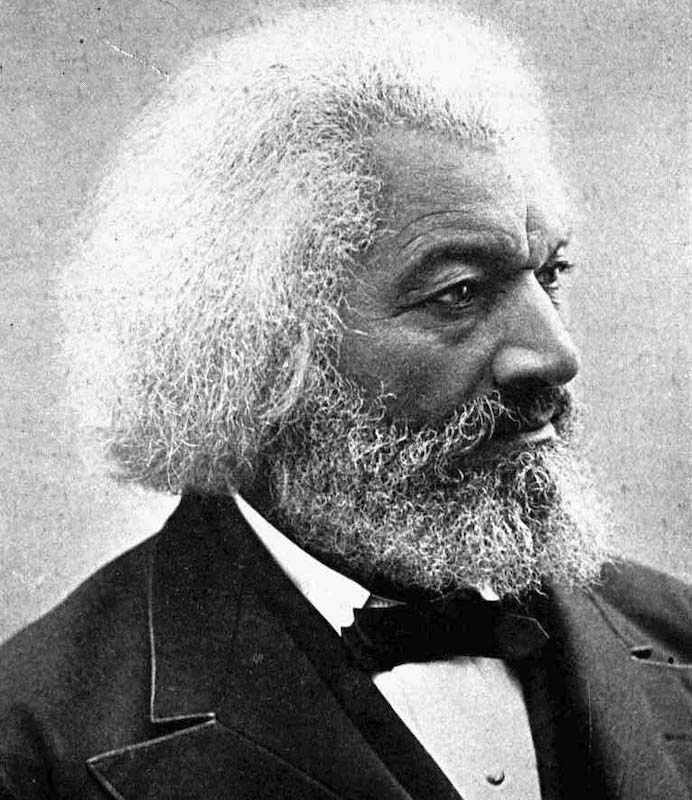 Fame had its drawbacks for a runaway slave. Following the publication of his autobiography, Douglass departed for Ireland to evade recapture. Douglass set sail for Liverpool on August 16, 1845, arriving in Ireland as the Irish Potato Famine was beginning. He remained in Ireland and Britain for two years, speaking to large crowds on the evils of slavery. During this time, Douglass’ British supporters gathered funds to purchase his legal freedom. In 1847, Douglass returned to the United States a free man.

In addition to abolition, Douglass became an outspoken supporter of women’s rights. In 1848, he was the only African American to attend the first women's rights convention at Seneca Falls, New York.

Elizabeth Cady Stanton asked the assembly to pass a resolution stating the goal of women's suffrage. Many attendees opposed the idea. Douglass stood and spoke eloquently in favor, arguing that he could not accept the right to vote as a black man if women could not also claim that right. The resolution passed. Douglass would later come into conflict with women’s rights activists for supporting the Fifteenth Amendment, which banned suffrage discrimination based on race while upholding sex-based restrictions.

President Lincoln's Emancipation Proclamation, which took effect on January 1, 1863, declared the freedom of all slaves in Confederate territory. Despite this victory, Douglass supported John C. Frémont over Lincoln in the 1864 election, citing his disappointment that Lincoln did not publicly endorse suffrage for black freedmen. Slavery everywhere in the United States was subsequently outlawed by the ratification of the Thirteenth Amendment to the Constitution.

Frederick Douglass was appointed to several political positions following the war. He served as president of the Freedman's Savings Bank and as chargé d'affaires for the Dominican Republic. After two years, he resigned from his ambassadorship over objections to the particulars of U.S. government policy. He was later appointed minister-resident and consul-general to the Republic of Haiti, a post he held between 1889 and 1891.

Douglass became the first African American nominated for vice president of the United States, as Victoria Woodhull's running mate on the Equal Rights Party ticket in 1872. Nominated without his knowledge or consent, Douglass never campaigned. Nonetheless, his nomination marked the first time that an African American appeared on a presidential ballot.

In 1877, Douglass visited his former owner, Thomas Auld. Douglass had met with Auld's daughter, Amanda Auld Sears, years before. The visit held personal significance for Douglass, although some criticized him for reconciling with Auld.

Frederick and Anna Douglass had five children: Rosetta, Lewis Henry, Frederick Jr., Charles Redmond, and Annie. Annie died at the age of 10. Charles and Rosetta assisted their father in the production of his newspaper The North Star. Anna Douglass remained a loyal supporter of Frederick's public work, despite marital strife caused by his relationships with several other women.

After Anna’s death, Douglass married Helen Pitts, a white feminist from Honeoye, New York. Pitts was the daughter of Gideon Pitts Jr., an abolitionist colleague. A graduate of Mount Holyoke College, Helen Pitts worked on a radical feminist publication and shared many of Douglass’ moral principles.

Their marriage caused considerable controversy, since Pitts was both white and nearly 20 years younger than Douglass. Douglass’ children were especially displeased with the relationship.

Frederick Douglass and Helen Pitts remained married until Douglass’ death, 11 years later. On February 20, 1895, Douglass attended a meeting of the National Council of Women in Washington, D.C. Shortly after returning home, Frederick Douglass died of a massive heart attack or stroke. He was buried in Mount Hope Cemetery in Rochester, New York. 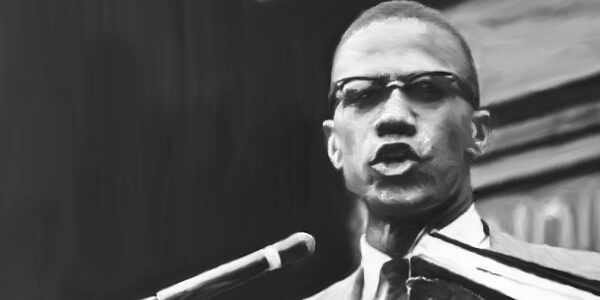