“In reality, all men are sculptors, constantly chipping away the unwanted parts of their lives, trying to create their idea of their masterpiece.”

Eddie Regan Murphy was born on April 3, 1961, in Brooklyn, New York. He spent his early years in the projects of Bushwick with his father, Charles Murphy, a New York City police officer and amateur comedian, his mother, Lillian Murphy, a telephone operator, and his brother Charles. His parents divorced when he was three; five years later, his father died and his mother went into the hospital for an extended period.

When Murphy was 9 years old, his mother married Vernon Lynch, a foreman at a Breyer's ice cream factory, and the family moved to the primarily African-American suburb of Roosevelt, Long Island. 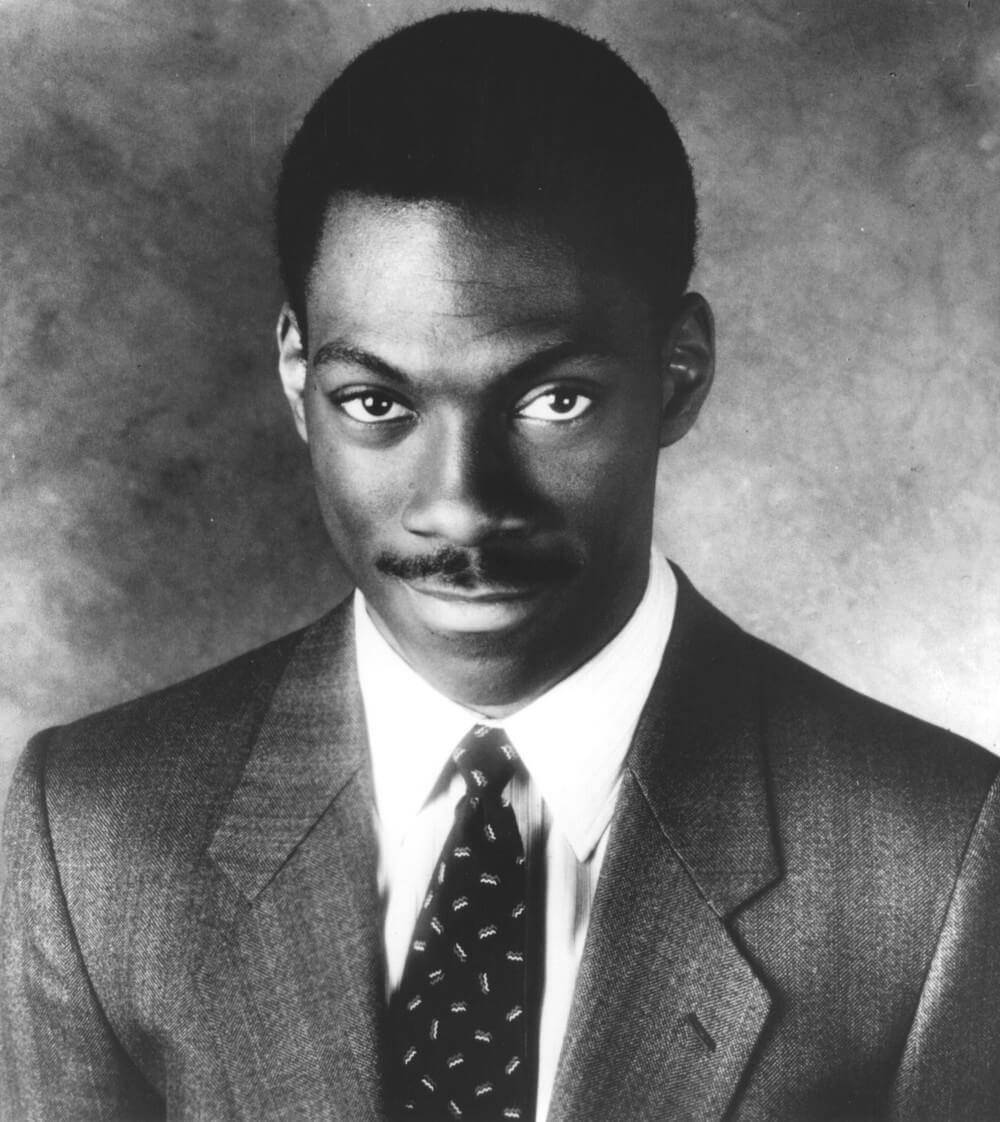 Murphy watched a lot of television growing up and developed a great skill for impressions, doing such characters as Bugs Bunny, Bullwinkle, and Sylvester the Cat. “My mother says I never talked in my own voice,” Murphy later said.

Although he was never a dedicated student, Murphy found a great forum for his verbal agility in grade school, excelling in the popular game of “ranking”‐trading witty insults with classmates. Hosting a talent show at the Roosevelt Youth Center at age 15, Murphy delighted his young audience with an impersonation of Al Green.

This early success ignited a passion for showbiz, and Murphy began working on his comedy routines after school and performing stand-up at local bars, clubs, and “gong shows.” His schoolwork suffered, however, and Murphy had to repeat the 10th grade as a result.

By doubling up on classes, and attending summer and night school, he graduated only a couple of months late. Murphy was voted the “most popular” boy in his graduating class. His declared career plan: comedian.

Responding to the pleas of his mother, Eddie Murphy enrolled at Nassau Community College and worked part-time as a shoe store clerk. He continued to perform in local clubs, and eventually worked his way into such New York City venues as the Comic Strip, billing himself as a disciple of the great comedian Richard Pryor.

Although his raunchy, profanity-ridden routines resembled his idol's, Murphy stayed away from drinking, smoking, and drugs, and would later declare to Barbara Walters, “I don't have to sniff cocaine to make me funny.”

When Murphy learned that the producers of NBC's popular late night comedy show, Saturday Night Live, were seeking a black cast member for the 1980-81 season, he jumped on the opportunity. He auditioned for the part six times, and finally earned a place as an extra on the show. He appeared sporadically throughout the season, until one fateful night when producers realized they had four minutes of airtime remaining and no material. They pushed Murphy before the camera, and told him to do his stand-up routine. His improvised performance was called “masterful” by Rolling Stone, and Murphy became one of only two cast members (along with Joe Piscopo) asked back for the next season.

Murphy became Saturday Night Live’s strongest comedic presence, creating such memorable characters as Mister Robinson, an urban version of TV's Mister Rogers; an older version of the Little Rascals character, Buckwheat; and an illiterate convict and poet named Tyrone Green. He also continued his skillful impersonations, adding Bill Cosby, Muhammad Ali, James Brown, Jerry Lewis, and Stevie Wonder to his repertoire. Murphy received criticism for his satirical characterizations based on black stereotypes. He defended his performances, claiming that his characters were far too absurd and abstract to be taken seriously.

In 1982, Murphy received a Grammy nomination for a live album of fresh stand-up material called Eddie Murphy: Comedian. The album eventually went gold. That same year, at the age of 21, he also landed his first major motion picture role alongside Nick Nolte in 48 Hours (1982). He approached the role with confidence and ingenuity, convincing director Walter Hill to adjust some of the dialogue to more genuinely depict a black speaker. His charming and inspired performance as the fast-talking convict stole the film, and 48 Hours grossed over $5 million in its first week.

Murphy's next film, Beverly Hills Cop (1984), hit No. 9 on the list of all-time box-office hits. He played bad boy/good cop Axel Foley, a role originally slated for Sylvester Stallone. His performance was a hit with fans, and earned the actor a Golden Globe nomination. Taking advantage of his status as a hot commodity, Murphy released his first album How Could it Be?, which was produced by music legend Rick James. The first single off the album, “Party All the Time,” peaked at No. 2 on the Billboard Hot 100.

Murphy went on the make Beverly Hills Cop II in 1987, which received mixed reviews from critics, but major rewards from the box office. His other efforts of this period‐including The Golden Child (1986) and his directorial debut, Harlem Nights (1989)‐were deemed failures by critics and audiences alike.

A highlight of his career during this time was the romantic comedy Coming to America (1988), co-starring Arsenio Hall. In the film, both Murphy and Hall were able to demonstrate their comedic versatilty by playing multiple characters within the film. Audiences loved Murphy's performances and the movie became a box-office smash, grossing more than $128 million in the U.S. alone.

In 1990, Murphy starred in a sequel to his popular film, 48 Hours called Another 48 Hours. The second film did not perform to the same standards as the first, and Murphy decided to take a break from the Hollywood scene.

He returned in 1992 as a smooth, impeccably dressed bachelor in the film Boomerang, co-starring Halle Berry. The film met mixed reviews, but many critics found Murphy's performance as a romantic lead a step in the right direction. He followed the success of the film with Beverly Hills Cop III (1994) and Vampire in Brooklyn (1995), both low performers at the box office. 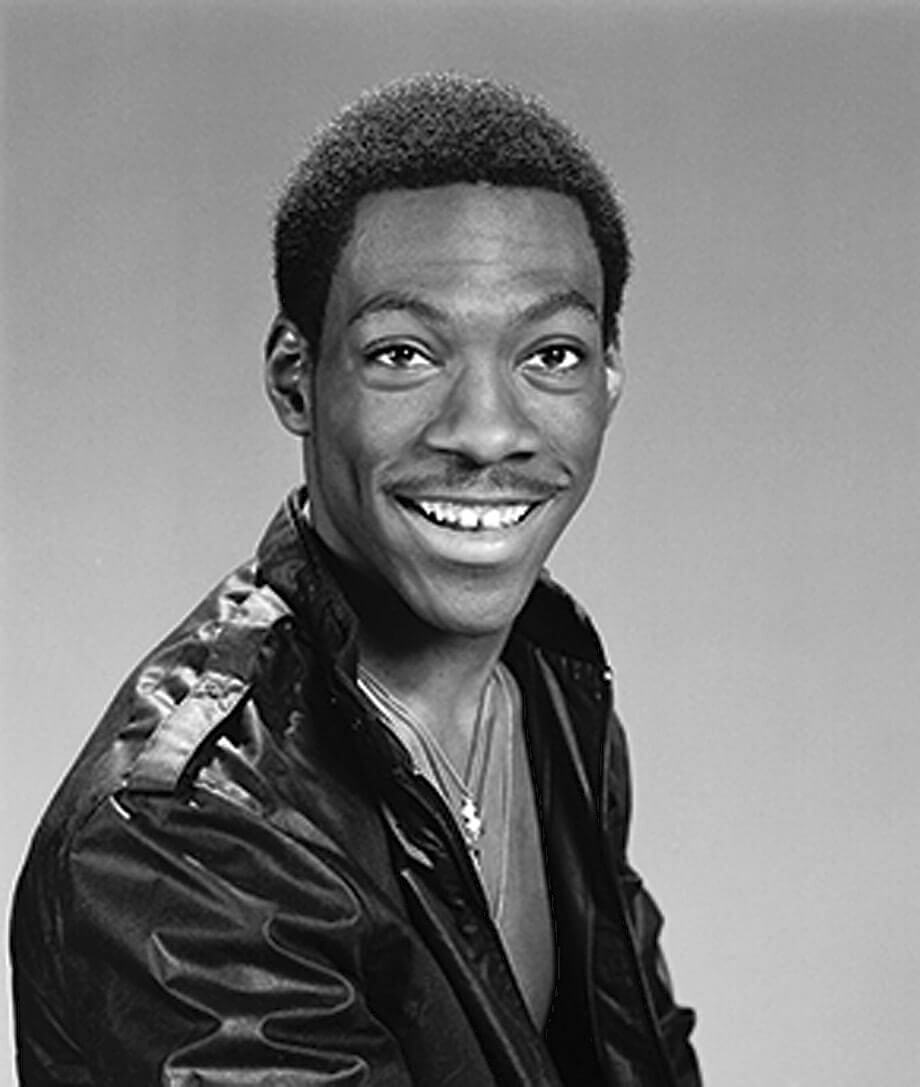 In 1996, Murphy rediscovered his love for over-the-top comedic invention in a hit remake of the Jerry Lewis film The Nutty Professor. Murphy earned a Golden Globe nomination and an Academy of Science Fiction, Fantasy & Horror Films Award for his role in the film.

In May of 1997, Murphy earned some unfortunate publicity when he was discovered by L.A. police with a transsexual prostitute. He claimed he was merely trying to give the prostitute a ride. The incident made him the target of jokes nonetheless.

Despite the scandal in his personal life, Murphy went on to feature in a variety of family films. He played the voice of Mushu the Lizard in Disney's animated picture Mulan (1998) to enormous critical praise, and starred in the family film, Doctor Dolittle (1998).

In 1999, Murphy starred in the comedy Bowfinger, costarring Steve Martin, who also wrote the screenplay. Nutty Professor II: The Klumps was released in the summer of 2000, with Murphy featured as all six lead characters. He also voiced the lead character, superintendent Thurgood Stubbs, on The PJs, an animated TV show for which he also serves as executive producer. In the summer of 2001, Murphy had two more big box-office successes, starring in Dr. Dolittle 2 and lending his voice to the character of Donkey in the animated feature Shrek, also featuring the voices of Mike Myers and Cameron Diaz.

In 2003, Murphy starred in yet another family comedy, this time as an overwhelmed babysitter in Daddy Day Care. The following year, he revived Donkey for the hit sequel Shrek 2. In 2006, Murphy signed on for what was arguably his most demanding film to date, a screen adaptation of the Broadway musical Dreamgirls, featuring Jamie Foxx, Beyoncé Knowles, Jennifer Hudson. His performance as soul singer James “Thunder” Early earned him a Golden Globe award and an Academy Award nomination. In 2007, Murphy appeared in Norbit and Shrek the Third. In 2011, Murphy starred in the comedy Tower Heist with Ben Stiller, Matthew Broderick, and Casey Affleck.

In 2015, Eddie Murphy received the Mark Twain Prize for American Humor which “recognizes people who have had an impact on American society in ways similar to the distinguished 19th century novelist and essayist best known as Mark Twain,” according to the John F. Kennedy Center for the Performing Arts, which presents the award.

Murphy married Nicole Mitchell on March 18, 1993. They have five children together: Bria, Myles, Shayne, Zola and Bella. The couple divorced on April 17, 2006. That year, Murphy began dating singer Melanie Brown of the Spice Girls. On April 3, 2007, Brown gave birth to a daughter, Angel, who she said was Murphy’s child. Murphy questioned paternity, but a DNA test confirmed he was Angel's father.

On New Year’s Day in 2008, Murphy married Tracey Edmonds, the former wife of Kenneth “Babyface” Edmonds, in Bora Bora. The private ceremony was not legally binding, and Murphy and Edmonds planned to repeat their vows on American soil. However, the couple released a statement that they had jointly decided against a legal ceremony. In 2012, Murphy began dating Paige Butcher.