“He (Huggy Bear) wasn't a pimp. This whole glorification of pimps and all that makes people think that…”

Antonio Juan Fargas, who was born on August 14, 1946, is an American actor known for his roles in 1970s blaxploitation movies, as well as his portrayal of Huggy Bear in the 1970s TV series Starsky & Hutch.

Perhaps it is the glimmer of mystery and mischief in his eyes … or, it may be the colorful characters he portrays … or maybe the legendary status of Mr. Antonio Fargas is best explainable by a combination of these and a number of other factors. Through the unique intersection of variables of his delightful versatility and extraordinary talents, Antonio Fargas has entered his image into national and international folklore.

He achieved a worldwide audience through his role on “Starsky and Hutch” as the incorrigible and lovable Huggy Bear launching a path to credits far more extensive. Also known for his role on “Everybody Hates Chris!” as DOC who runs the corner store. This role earned him a NAACP Image Award Nomination for “Best Supporting Actor in A Comedy Series” in March 2007. 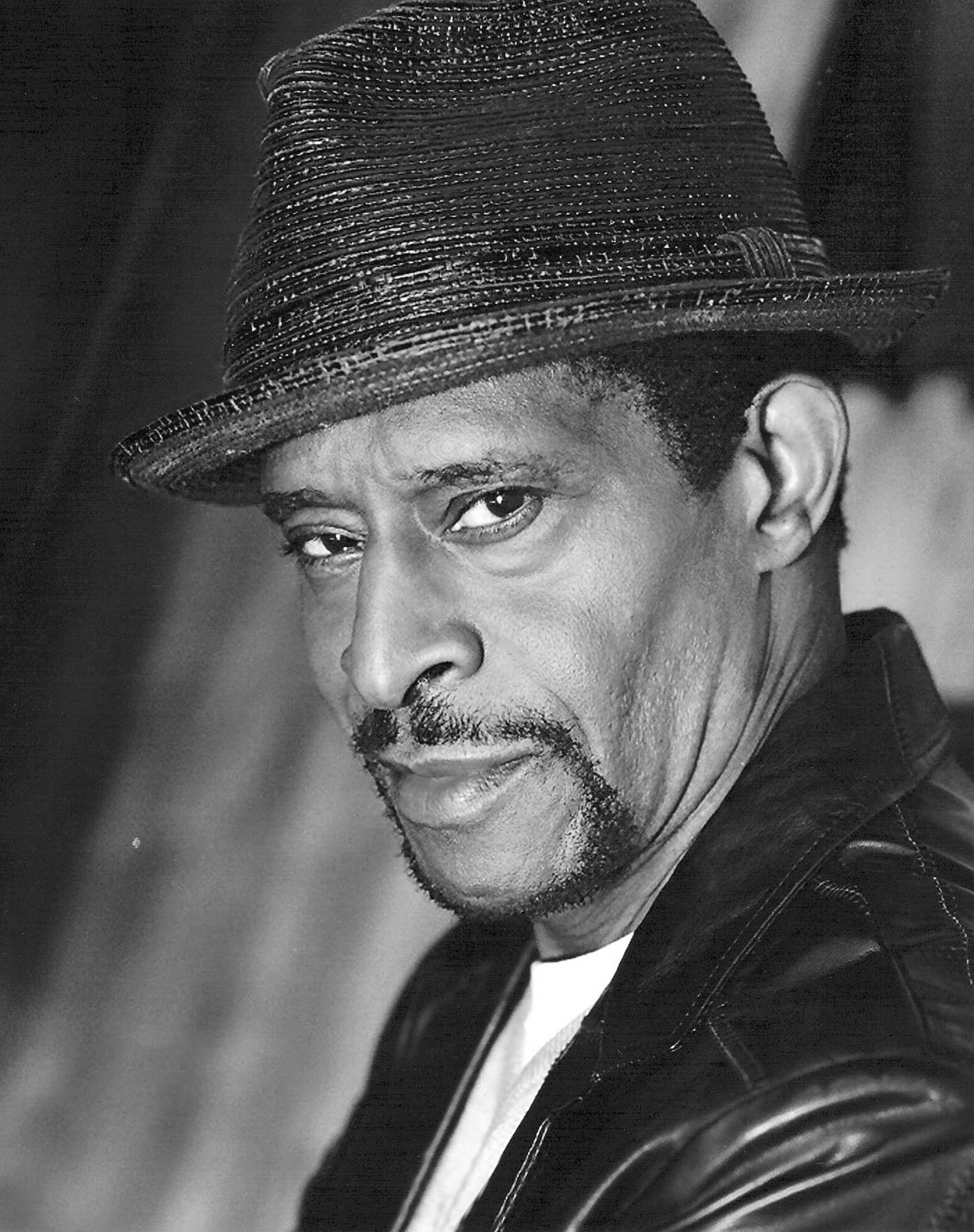 Most recently Antonio has been working on films including Popovich and the Voice of the Fabled American West, Silver Bells, Stealing Las Vegas, and Once Falling starring Brian Presley and Taraji Henson. He also has been playing with The New Jump Blues. The New Jump Blues is a group of veteran musicians that blends up-tempo elements of blues and jazz with touches of calypso.

The New Jump Blues just played at the Hollywood Bowl in the 36th Anniversary Playboy Jazz Festival in June 2014. In late 2014, he starred in a television movie Tom Hennessy with Petri Hawkins-Byrd and Richard Tyson.

Since his initiation into the world of film at the age of 14 in Shirley Clarke’s The Cool World, he has been noted for the unforgettable characters he creates. Whether perfecting outrageously comedic characters in such films as Robert Downey Sr.’s Putney Swope and Keenan Ivory Wayans’ I’m Gonna Git You Sucka, or “chilling” the audience through a convincing rendition of a 90-year old witch doctor in the Broadway play, The Great White Hope, with James Earl Jones and Jane Alexander.

Antonio’s performances have generated a near-endless array of enthusiastic acclaim from some of the industry’s most respected critics of film, television and stage. His character range has won him acclaim for his sensitive character portrayals of the homosexual roles of Bernstein in Paul Mazursky’s Next Stop, Greenwich Village with Shelley Winters, Christopher Walken and Jeff Goldblum and for his role as Lindy in Car Wash with Richard Pryor, George Carlin and The Pointer Sisters. These two roles also earned him mention in the film book “The Collective Closet”. 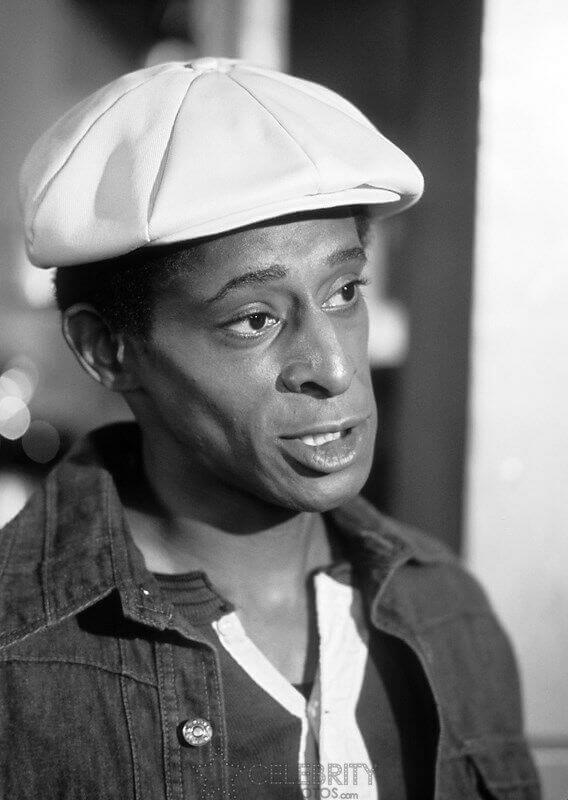 With over 4 decades in the entertainment industry, Antonio’s television credits include starring, recurring, and guest starring roles on such shows as “Everybody Hates Chris,” as the character DOC; “All My Children,” as Les Baxter; “Living Single,” as Otis Jones; “House of Lies,” “The Benita Show,” “Brothers,” “Lie to Me,” “Numb3rs,” “Heroes,” “The Simpsons,” “Eve,” “The Fresh Prince of Bel-Air,” “Martin,” “The District,” “Damon,” “L.A. Heat,” “The Steve Harvey Show,” “Fastlane,” “The Wayans Bros.,” “Good vs. Evil,” “MacGyver,” “Miami Vice,” “Hardcastle and McCormick,” “Charlie’s Angels,“ ”CHiPs,” “Vegas,” “The Love Boat,” “Kojak,” “Police Woman,” “Sanford and Son,” “Police Story,” “The Bill Cosby Show,” plus others.

A few of his European television credits include: “T4,” “GMTV,” “Loose Lips,” “This Morning,” “Holby City,” “La Belle Anglaise,” and “I Love The 70’s.” He has also appeared on numerous talk shows both abroad and most recently in the US twice on “The Jimmy Kimmel Live.”

Antonio can also be seen and heard in many animations, video games, voice-overs, and video games such as: the animation ‐ Osmosis Jones with Bill Murray and Chris Rock and the video game Driver 2 as Detective Tobias Jones.

His additional theatre credits are extensive from Broadway to London including: the J Cast Productions’ national tour of Driving Miss Daisy as Hoke, Melvin Van Peebles’ Ain’t Supposed to Die a Natural Death, North Carolina Repertory Stage West’s (in Springfield, MA) The Rainmaker; the Dever Center’s The Emperor Jones; The Mark Taper Forum’s Dream on Monkey Mountain, the New York Shakespeare Festival’s Measure For Measure and Romeo and Juliet; and in Europe his initial West-End performance was in James Baldwin’s The Amen Corner in 1966.

Antonio was reunited in 1988, after 20 years with “Starsky and Hutch” co-star David Soul in London for the production of the black comedy The Dead Monkey. In 2000-2002, he returned to London’s West-End’s Whitehall Theatre along with doing a UK tour in the smash hit musical Blues Brothers doing Cab Calloway’s hit song “Minnie The Moocher”. In 2006, the UK saw him lead in Ma Rainey’s Black Bottom.

Antonio and his musical partner Gumbo formed a hip-hop production company, Bumpit.com, as an outlet for his musical approach of old school hip-hop fusion and to give young artists an opportunity in the music industry. Bumpit Entertainment has a CD in development for Antonio and recently he teamed with Fat Face Records in the UK to record the single “Big Bertha Butt” featuring an animation CD/DVD. In 1998, Antonio was featured in the music video for the Backstreet Boys hit “Everybody (Backstreet’s Back)”.

Antonio is always uniquely aware of the role of theatre, music, film and art as cultural art forms, particularly so-called black theatre and the black church in their role in the preservation of black cultural and history. In 2005, Antonio was award the “Living Legend Award” from the National Black Theatre Festival.

Antonio being the proud father of four ‐ Justin, Matthew, Kevin and Tiffany ‐ with the love of his life, Sandi, enjoys the fruits of his labor in Los Angeles. When at home, Antonio enjoys hosting a friendly game of Friday night poker with his peers and can be found on Sundays during the football season in stadiums cheering for and supporting his son Justin’s football career with the Oakland Raiders.