“If you want to have a life that is worth living, a life that expresses your deepest feelings and emotions and cares and dreams, you have to fight for it.”

Alice Walker is a Pulitzer Prize-winning, African-American novelist and poet most famous for authoring The Color Purple.

Alice Malsenior Walker was born on February 9, 1944, in Eatonton, Georgia. The youngest daughter of sharecroppers, she grew up poor, with her mother working as a maid to help support the family's eight children.

At 8 years old, Walker was shot in the right eye with a BB pellet while playing with two of her brothers. Whitish scar tissue formed in her damaged eye, and she became self-conscious of this visible mark. 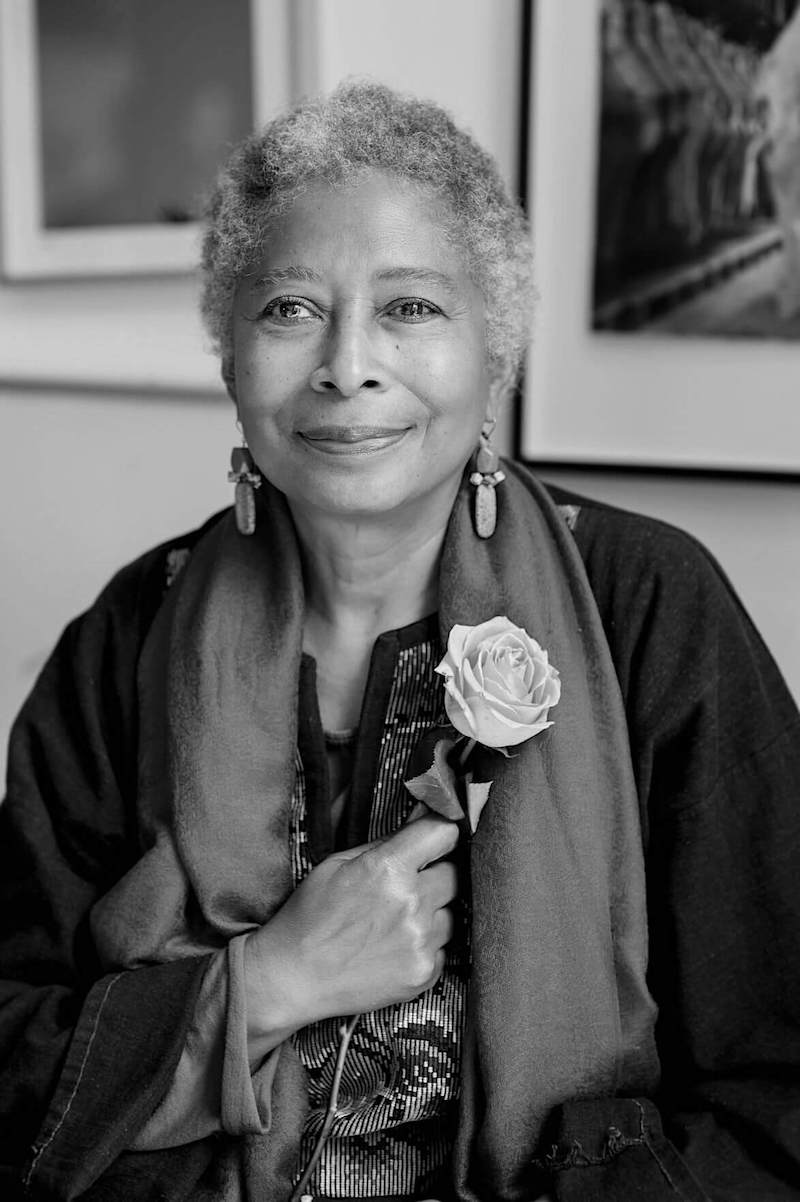 After the incident, Walker largely withdrew from the world around her. “For a long time, I thought I was very ugly and disfigured,” she told John O'Brien in an interview that was published in Alice Walker: Critical Perspectives, Past and Present (1993). “This made me shy and timid, and I often reacted to insults and slights that were not intended.” She found solace in reading and writing poetry.

Living in the racially divided South, Walker showcased a bright mind at her segregated schools, graduating from high school as class valedictorian.

With the help of a scholarship, Walker was able to attend Spelman College in Atlanta. She later switched to Sarah Lawrence College in New York. While at Sarah Lawrence, Walker visited Africa as part of a study-abroad program. She graduated in 1965—the same year that she published her first short story.

After college, Walker worked as a social worker, teacher and lecturer. She became active in the Civil Rights Movement, fighting for equality for all African Americans.

‘The Color Purple’: Book and Movie

Alice Walker's career as a writer took flight with the publication of her third novel, The Color Purple, in 1982. Set in the early 1900s, the novel explores the female African-American experience through the life and struggles of its narrator, Celie. Celie suffers terrible abuse at the hands of her father, and later, from her husband. The compelling work won Walker both the Pulitzer Prize for Fiction and the National Book Award for Fiction in 1983.

In 1985, Walker's story made it to the big screen: Steven Spielberg directed The Color Purple, which starred Whoopi Goldberg as Celie, as well as Oprah Winfrey and Danny Glover. Like the novel, the movie was a critical success, receiving 11 Academy Award nominations. Walker explored her own feelings about the film in her 1996 work, The Same River Twice: Honoring the Difficult. In 2005, The Color Purple became a Broadway musical.

Walker incorporated characters and their relations from The Color Purple into two of her other novels: The Temple of My Familiar (1989) and Possessing the Secret of Joy (1992), which earned great critical praise and caused some controversy for its exploration of the practice of female genital mutilation.

‘Once,’ ‘Everyday Use’ and Other Early Works

Walker's experiences informed her first collection of poetry, Once, which was published in 1968. Better known now as a novelist, Walker showed her talents for storytelling in her debut work, Third Life of Grange Copeland (1970). 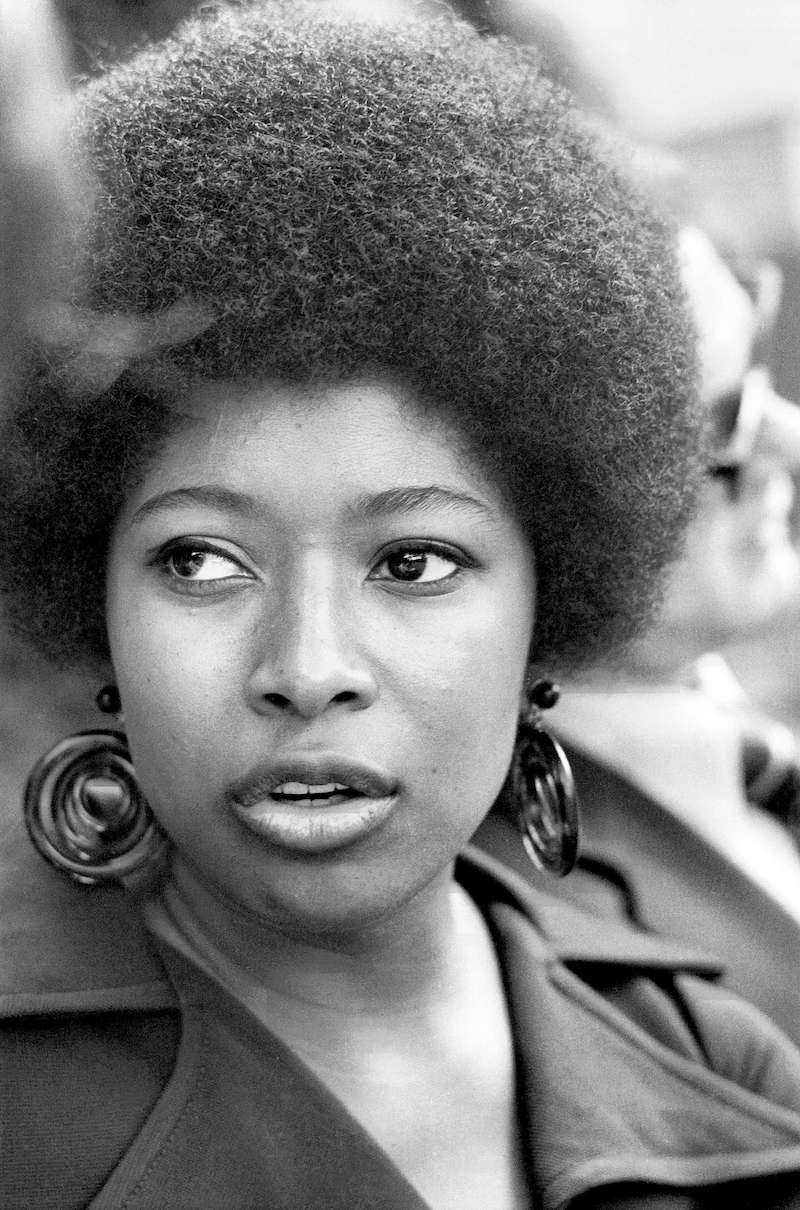 Walker continued to explore writing in all of its forms. In 1973, she published the poetry collection Revolutionary Petunias and the short story collection In Love and Trouble, which included the highly acclaimed “Everyday Use.” The following year, she delivered her first children's book, Langston Hughes: American Poet. Walker also emerged as a prominent voice in the black feminist movement.

Through her involvement in civil rights activism, Walker met the New York City-born Jewish lawyer Melvyn Leventhal. Following their marriage in 1967, they became the first legally married interracial couple to live in Mississippi. The two had one daughter, Rebecca, before divorcing in 1976.

Walker later dated both men and women, including singer Tracy Chapman. She was also known for publicly feuding with her daughter, who described how she was neglected by her writer mom in her memoir Black, White, and Jewish: Autobiography of a Shifting Self (2000).

‘By the Light of My Father’s Smile’ and Later Works

In 1998, Walker published her first novel in six years, By the Light of My Father’s Smile. Next up was the short story collection The Way Forward Is with a Broken Heart (2000).

Proving time and time again to be a versatile writer, Walker followed with the novel Now Is the Time to Open Your Heart (2004), the essay collection We Are the Ones We Have Been Waiting For: Light in a Time of Darkness (2006) and the well-received picture book There Is a Flower at the Tip of My Nose Smelling Me (2006).

Walker also wrote about her experiences with the group Women for Women International in 2010's Overcoming Speechlessness: A Poet Encounters the Horror in Rwanda, Eastern Congo and Palestine/Israel. She published another poetry collection, Hard Times Require Furious Dancing, that same year.

After more than four decades as a writer, Walker shows no signs of slowing down. In 2012, she released The Chicken Chronicles; in this latest memoir, she ruminates on caring for her flock of chickens. The following year, she published Cushion in the Road: Meditation and Wandering As the Whole World Awakens to Being in Harm's Way and the poetry collection The World Will Follow Joy: Turning Madness into Flowers.

According to Walker's website, her books have been translated into more than two dozen languages and sold more than 15 million copies.

Along with her Pulitzer and National Book Award, Walker has been honored with the O. Henry Award and the Mahmoud Darwish Literary Prize for Fiction. Additionally, she was inducted into the California Hall of Fame in 2006 and received the LennonOno Peace Award in 2010.

In 2007, Walker's personal papers were made available to the public at Emory University in Georgia. In 2013, she was the subject of the acclaimed documentary Alice Walker: Beauty In Truth.