Long, hot summer of 1967 refers to the 159 race riots that erupted across the United States in 1967. In June, there were riots in Atlanta, Boston, and Cincinnati, as well as the Buffalo riot, and a riot in Tampa, Florida.

The summer of 1967 was a season divided by emotion. 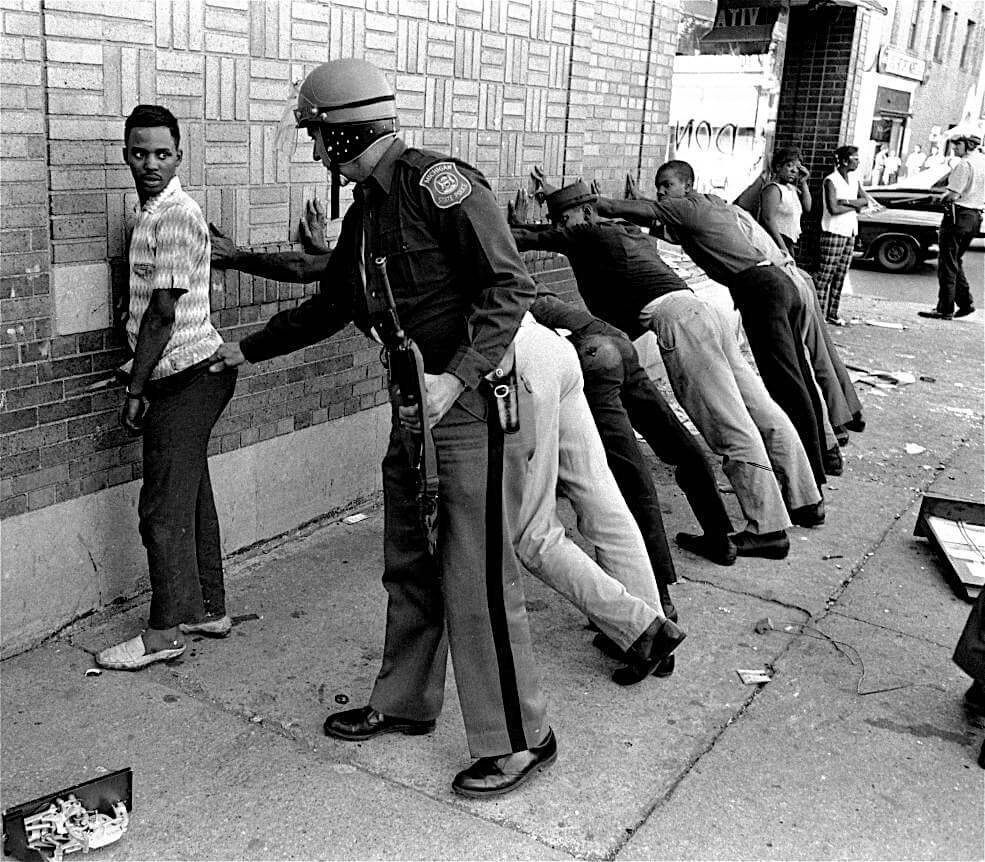 For the bohemians in San Francisco, it was the Summer of Love: an embrace of free love, psychedelics, and rock n’ roll. But for many black people across the country, the summer of 1967 was something else entirely: a release of pent-up resentment over institutionalized unemployment, abusive policing, and shoddy housing.

In the first nine months of the year, the federal government recorded 164 “civil disorders” in 34 states. But tensions peaked during the sweltering summer months, fueling a wave of violent protests in more than 150 cities. It would become known as the “long, hot summer of 1967.”

The National Guard was deployed in at least a dozen states; news networks broadcast footage of troops descending upon the chaotic streets of Detroit alongside scenes from the Vietnam War. 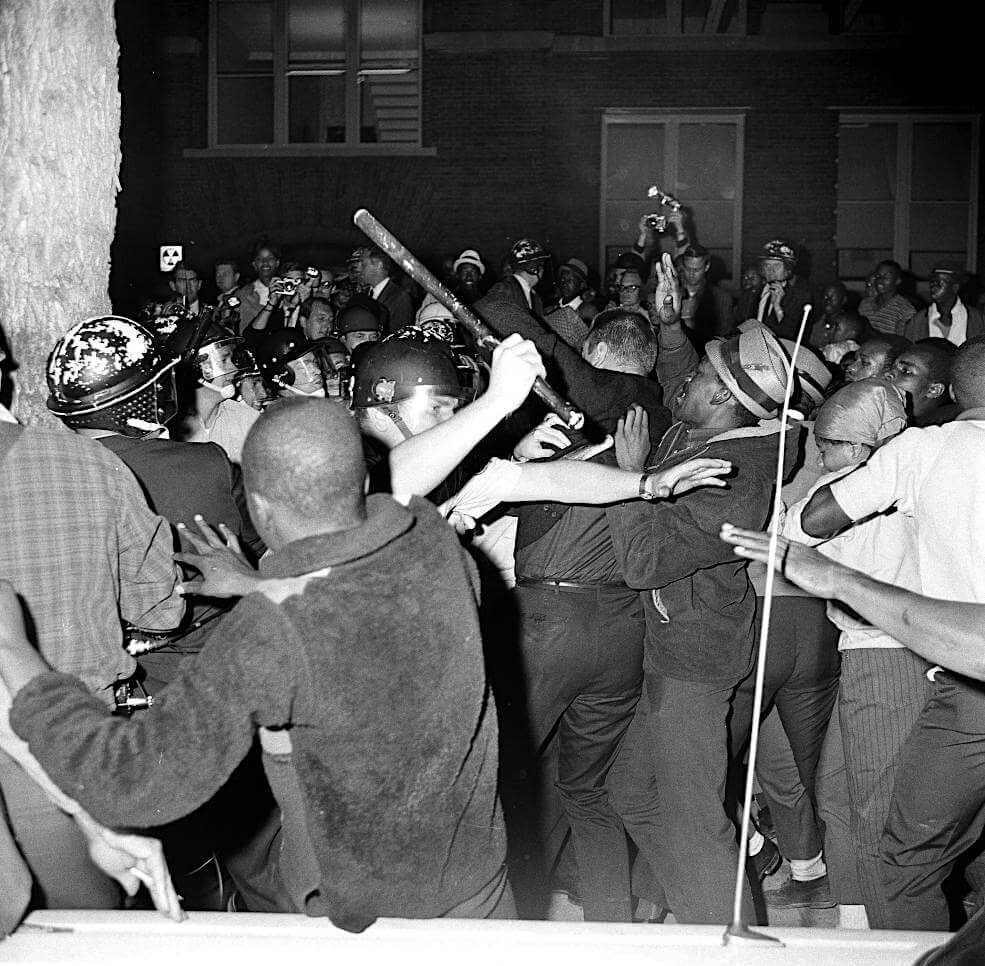 “No one is safe on the streets, in his home, or on his property,” Sen. Everett Dirksen (R-Ill.) said early that summer. “We are rapidly approaching a state of anarchy.”

By the time the smoke cleared in September, the tally of destruction was staggering ‐ at least 83 dead, thousands injured, and tens of millions of dollars in property damage, with entire neighborhoods burned to the ground.

At the heart of the unrest was black anger over racial injustice and oppression. The 1964 Civil Rights Act may have banned segregation and employment discrimination, but for blacks across the country ‐ not just in the South ‐ life three years later was still far from civil. In fact, it was often instances of violence against black Americans, particularly by police, that triggered the riots in the first place. 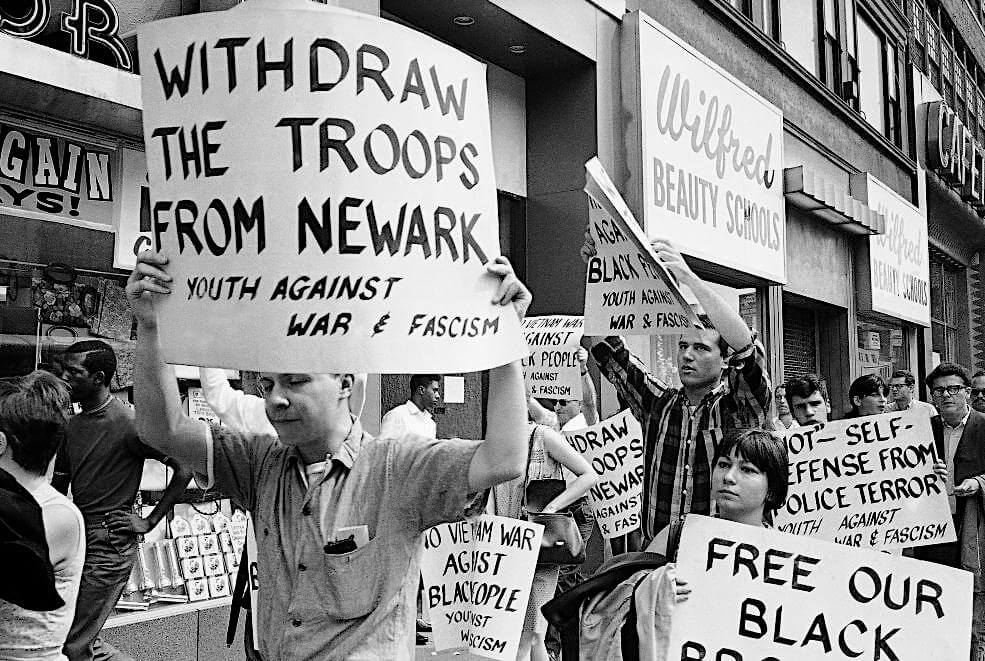 In Newark, New Jersey, reports of a black cab driver being beaten by officers during arrest sparked immediate backlash on July 12, culminating in a commercial district being set aflame and 23 black men, women, and children dead at the hands of the military. In Detroit, a police raid of an after-hours club filled with black patrons on July 23 set off five days of violence, which left 43 people dead, thousands injured, and more than 7,000 arrested.

At the end of July, President Lyndon B. Johnson set up a commission to investigate the cause of the riots. The findings ‐ known as the Kerner Report ‐ published in March 1968 argued that “white racism is essentially responsible for the explosive mixture which has been accumulating in our cities since the end of World War II.” Pervasive discrimination and segregation in employment, education, and housing created massive and growing concentrations of black ghettos “where segregation and poverty converge on the young to destroy opportunity and enforce failure.”

“Our nation is moving toward two societies, one black, one white ‐ separate and unequal,” it said.

The analysis won widespread acceptance among both blacks and whites. 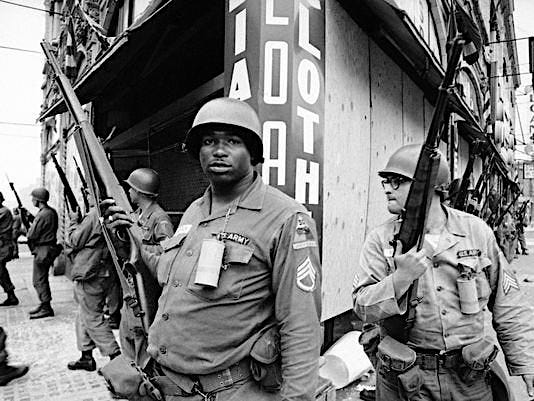 The “long, hot summer of 1967,” particularly in Detroit, was one of the most violent urban revolts of the 20th century. It was not, however, the first, nor would it be the last ‐ Martin Luther King's assassination less than a year later sparked another wave of violence.

Here are a few more harrowing moments from that burning summer when the dark reality of America's race problem was so brutally exposed.

The Civil Rights Movement in the United States was a decades-long struggle with the goal of enforcing constitutional and legal rights for African Americans that white Americans already enjoyed. With roots that dated back to the Reconstruction era during the late 19th century, the movement achieved its largest legislative gains in the mid-1960s, after years of direct actions and grassroots protests that were organized from the mid-1950s until 1968.

The 1992 Los Angeles riots were a series of riots and civil disturbances that occurred in Los Angeles County in April and May 1992. Unrest began in South Central Los Angeles on April 29, after a trial jury acquitted four officers of the Los Angeles Police Department (LAPD) for usage of excessive force in the arrest and beating of Rodney King, which had been videotaped and widely viewed in TV broadcasts.