The 1992 Los Angeles riots were a series of riots and civil disturbances that occurred in Los Angeles County in April and May 1992. Unrest began in South Central Los Angeles on April 29, after a trial jury acquitted four officers of the Los Angeles Police Department for usage of excessive force in the arrest and beating of Rodney King, which had been videotaped and widely viewed in TV broadcasts.

Los Angeles Riots of 1992, major outbreak of violence, looting, and arson in Los Angeles that began on April 29, 1992, in response to the acquittal of four white Los Angeles policemen on all but one charge (on which the jury was deadlocked) connected with the severe beating of an African American motorist in March 1991. As a result of several days of rioting, more than 50 people were killed, more than 2,300 were injured, and thousands were arrested. About 1,100 buildings were damaged, and total property damage was about $1 billion, which made the riots one of the most-devastating civil disruptions in American history. 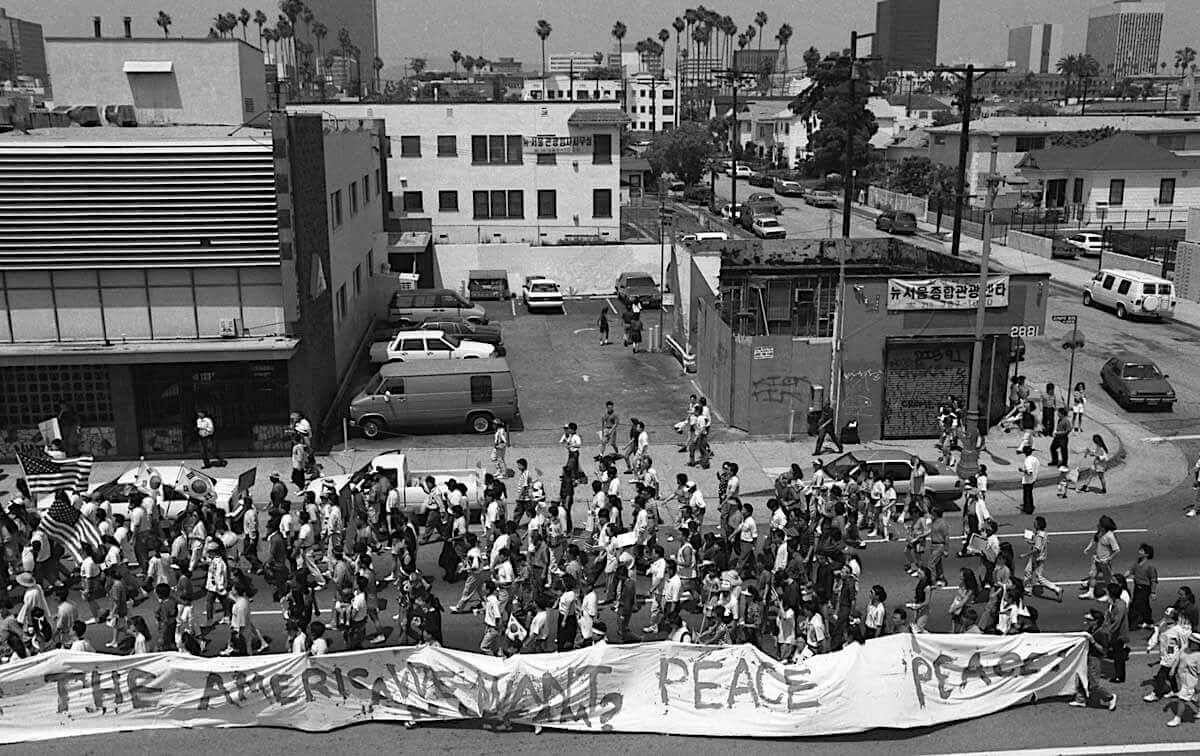 Although many Angelenos in the late 20th century prided themselves on their city’s ethnic diversity, there was a strong feeling in Los Angeles’s minority communities that the city’s predominantly white police force practiced racial profiling and engaged in racist brutality against African Americans and Hispanics. These suspicions seemed to be confirmed by a videotape shot on March 3, 1991, by a man who watched police officers brutally beat Rodney King, an African American motorist who had been pulled over for speeding after an eight-mile chase.

When the officers’ initial efforts to bring a noncompliant King to the ground failed, they clubbed him with their batons dozens of times. The videotape, which was broadcast across the United States, prompted a huge outpouring of protest.

Emotions were still running high more than a year later during the trial of the officers conducted in Simi Valley, a suburb of Los Angeles. On April 29, 1992, protest and violence erupted almost immediately after the jury‐composed of 10 whites, a Hispanic, and an Asian‐acquitted the officers of charges that included assault with a deadly weapon and excessive use of force (though the jury was deadlocked on the excessive‐force charge against one of the policemen). Hundreds of protesters congregated outside police headquarters in downtown Los Angeles, chanting, “No justice, no peace.” 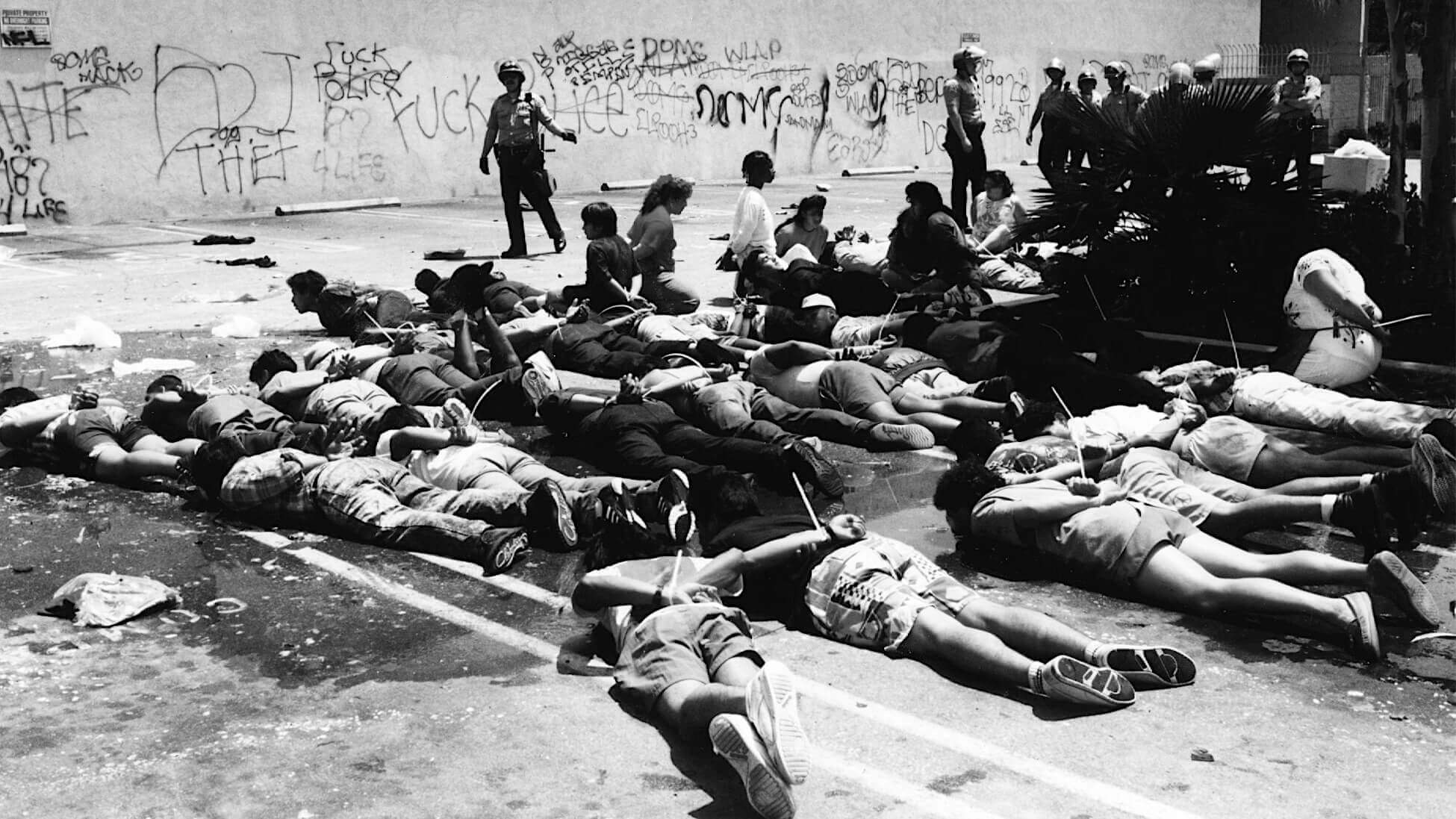 At the intersection of Florence and Normandie avenues, in predominantly black South Central Los Angeles‐not far from Watts, where large-scale rioting had resulted in 34 deaths in 1965‐a growing crowd began harassing motorists. Live television coverage captured an assault on a white truck driver, Reginald Denny, who was pulled from the cab of his vehicle, beaten, and smashed with a cinder block (he was rescued by people from the neighbourhood who had been watching the event unfold on television).

That incident became one of the most enduring images of the riots, as indelibly inscribed in the popular memory as the King video. The overwhelmed police on the scene had retreated. 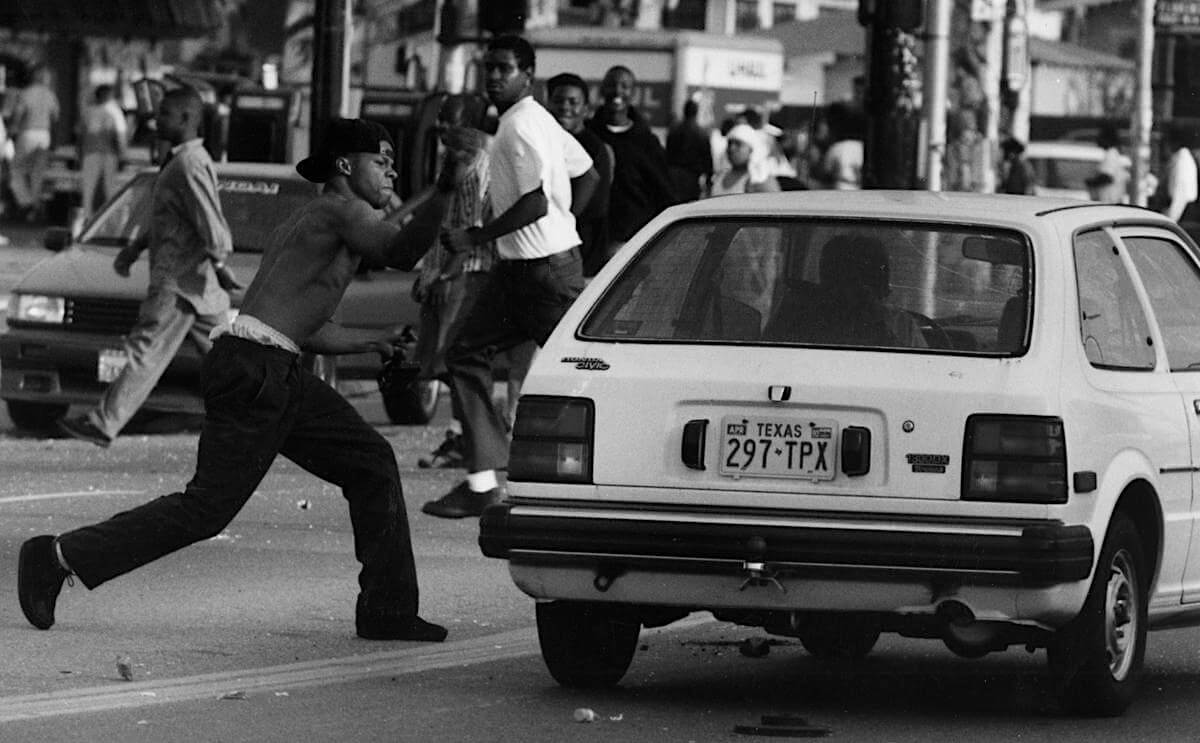 That evening and over the ensuing days, violence, looting, and arson spread to encompass much of the Los Angeles region, from Pacoima in the San Fernando Valley to Long Beach, south of the city. Much of the worst rioting, though, occurred in South Central, the Pico-Union neighbourhood, and Koreatown, where relations between Korean merchants and their African American customers had already been tense. As firefighters battled blazes throughout the area, they became targets of snipers, and even air traffic was disrupted by safety concerns.

On the first night of rioting, Mayor Tom Bradley‐who had responded to the verdict by saying, “Today that jury asked us to accept the senseless and brutal beating of a helpless man”‐declared a state of emergency, and California Gov. Pete Wilson mobilized a first contingent of National Guardsmen (eventually, some 6,000 guardsmen were deployed). On May 1 Rodney King, speaking on television, made a plea for calm, famously asking, “Can we get along?” That day, U.S. Pres. George Bush dispatched 3,000–4,000 army troops and marines, along with 1,000 riot-trained federal law officers, to help restore order. 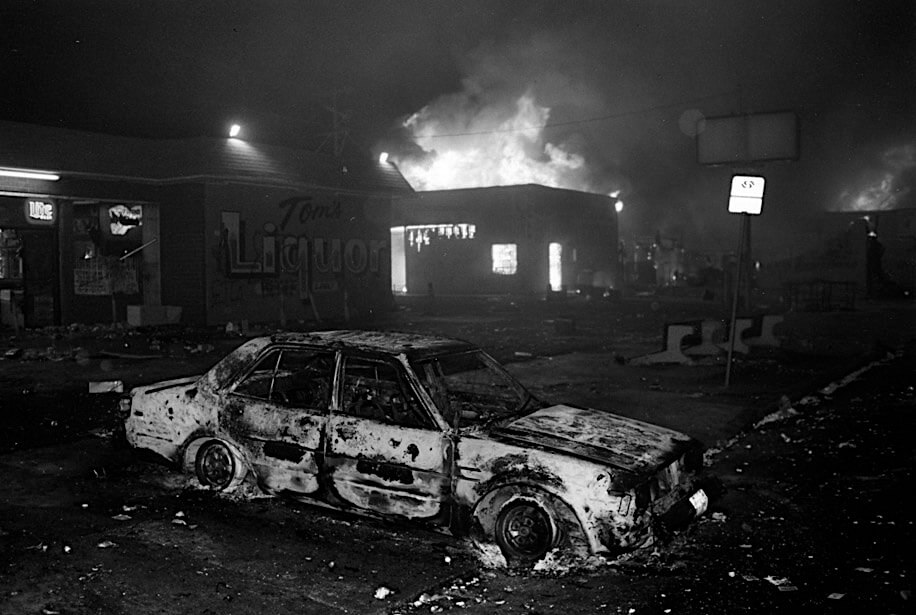 The next day he declared Los Angeles a federal disaster area. On May 4, with calm prevailing, the dusk-to-day curfew that had been imposed on the city was lifted, and Los Angeles businesses and schools reopened.

In June, Daryl Gates, Los Angeles’s controversial police chief‐who was later taken to task for his response to the riots in an official investigation headed by former FBI director William Webster‐was forced to resign. Also in the wake of the riots, a dispirited Bradley, the city’s first African American mayor, chose not to run for a sixth term. Ultimately, King received a $3.8 million settlement from Los Angeles after two of the officers who had beaten him were convicted in a civil suit of violating his civil rights.

The Underground Railroad was a network of secret routes and safe houses established in the United States during the early to mid-19 century, and used by enslaved African-Americans to escape into free states and Canada. The scheme was assisted by abolitionists and others sympathetic to the cause of the escapees. Not literally a railroad but rather a secretly organized means of movement.